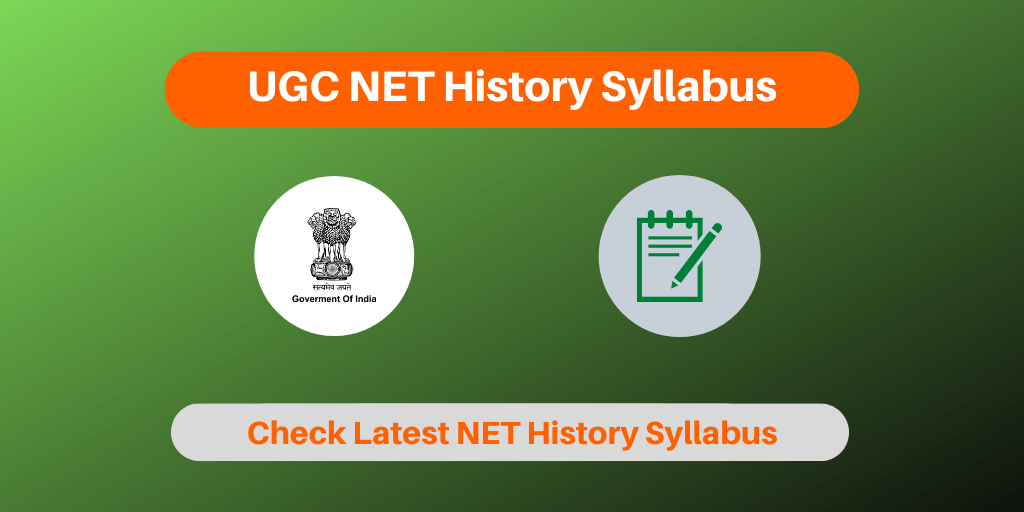 The syllabus helps you know, what topics will be asked in the exam, so you can cover all the units and get good marks in the exam. UGC NET History Syllabus 2020 is divided into 2 parts – Paper 1 and Paper 2. To clear the exam, you must know both the syllabus of both the papers for your exam preparation.

Here we have provided the latest UGC NET History Syllabus in Hindi and English. You can check easily check the History syllabus and also able to download the PDF.

Before starting a complete guide on UGC NET Syllabus 2020 for History, you should have an overview of the exam.

Here you can check the UGC NET exam overview:

Here you can check the latest UGC NET Syllabus For History 2020 for English Medium.

It also consists of Historical Method, Research Methodology and Historiography. Since, the subject and the boundaries of Indian history are vast and comprehensive, it has been systematically analysed and synthesized into Ten Units.

However, the concepts, the ideas and the terms given here would specify the extent the subject included though it is not mentioned in the Units. It is to make the student realize the comprehension of the syllabus prepared.

We have covered the detailed guide on UGC NET History Syllabus 2020. Feel free to ask us any questions in the comment section below.