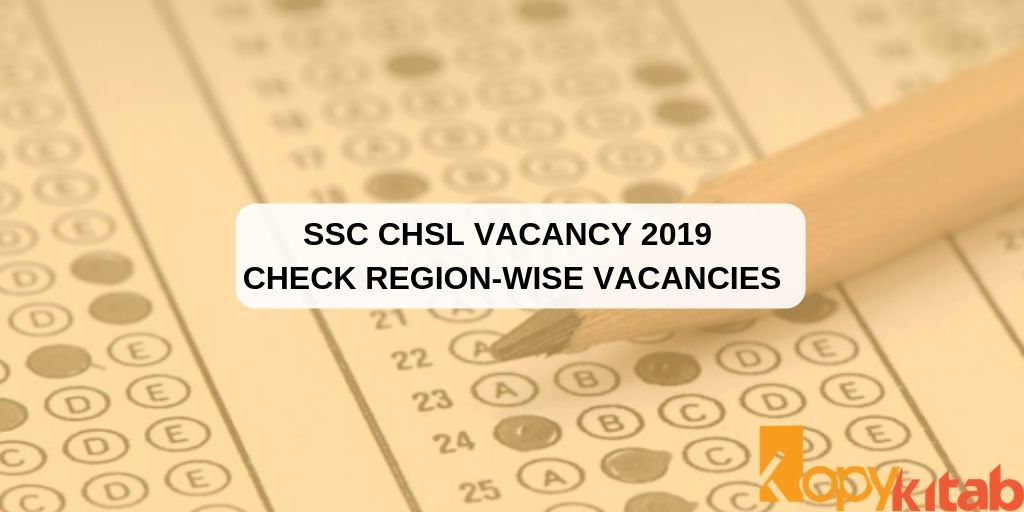 The Staff Selection Commission conducts recruitment drive for filling in various vacancies across the organization. There are various departments like Junior Engineer, Combined Graduate Level, Combined Higher Secondary Level, Multi Tasking Staff, and many more for which the recruitment is done. Currently, the SSC CHSL Recruitment has begun and the SSC board has released the tentative SSC CHSL vacancy details. Candidates who had applied for the SSC CHSL can now go through the SSC CHSL vacancy details here. Go through the details mentioned below and know the number of vacancies available.

SSC has released the region-wise SSC CHSL vacancy list. This is the tentative SSC CHSL Vacancy list which can be changed. candidates can take a look at the below vacancies and start preparing for the SSC CHSL Examination.

These are the tentative SSC CHSL Vacancy list released by the SSC Board. Candidates can start their preparation now with a wide range of SSC CHSL Preparation Books available online. Go through the detailed SSC CHSL Vacancy given in the above table region wise.