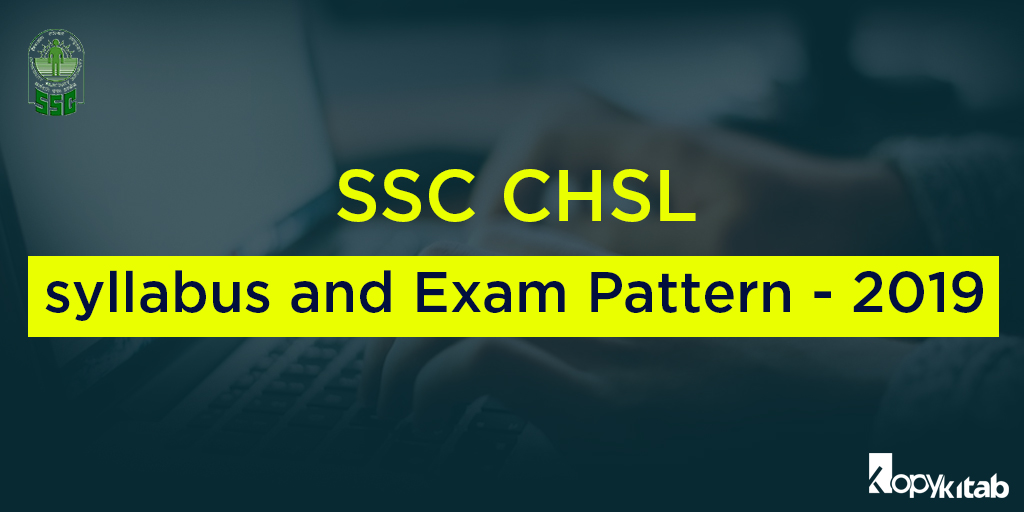 Staff Selection Commission is conducting Combined Higher Secondary Level examination for staff recruitment position. It is one of the popular recruitment exams in India. It is a golden opportunity for all class 12 passed students. Students who have passed out class 12 are eligible to attend this exam. Hence, it is very popular among youngsters. As the applications for SSC CHSL Recruitment 2019 has already started, it is time for students to start their SSC CHSL preparation. Hence, we have provided you the detailed SSC CHSL Syllabus and Exam Pattern of 2019 exam. It is very important to know and understand the structure of the exam. Go through the blog to know more about the syllabus and exam pattern.

There are three levels in SSC CHSL Exam which has to be cleared by candidates to get selected for various posts in the Government offices. See the below table to know the three Tiers of examination.

SSC CHSL Tier II is a descriptive exam that is designed to test the written skills of the candidates in English/Hindi. The paper consists of writing an Essay of 200-250 words and Letter/Application writing of approximately 150-200 words. The minimum qualifying marks in Tier II would be 33 percent.

The Tier 3 of SSC CGL Exam 2019 comprises of a couple of skill tests like computer proficiency test or any skill test which are required for certain government posts.

SSC CHSL is conducted in three different phases, the syllabus of all the three sections is likely to be different. All candidates must stay updated about the latest changes in SSC CHSL syllabus and exam pattern to prepare thoroughly for SSC CHSL 2019.

As mentioned above, candidates need to write an essay and Letter/Application that tests the writing skills of the candidates. The essay topics will be related to National Interest, Finance & Economy, Ecological Issues, Social Issues, Politics, Schemes & Governance, Technology, Sports, Geopolitics, Environmental Concerns etc.

The type of letter/ application asked will be Complaint, Suggestion, Application, Official Appreciation, Follow up or Feedback etc.

Tier-III of SSC CHSL 2019 will be a Skill/ Typing Test which would be of a qualifying nature. The final merit of the selected candidates will be based on the basis of total score obtained in Tier-I and Tier-II.

In this test, a candidate must have data entry speed of 8,000 (eight thousand) Key Depressions per hour.

Duration of the Test will be 15 minutes and English document having about 2000-2200 strokes/key-depressions would be given to type.

Hope you have received complete information on the SSC CHSL Syllabus and Exam Pattern for 2019 Exam. Start your preparation now with latest SSC CHSL books.