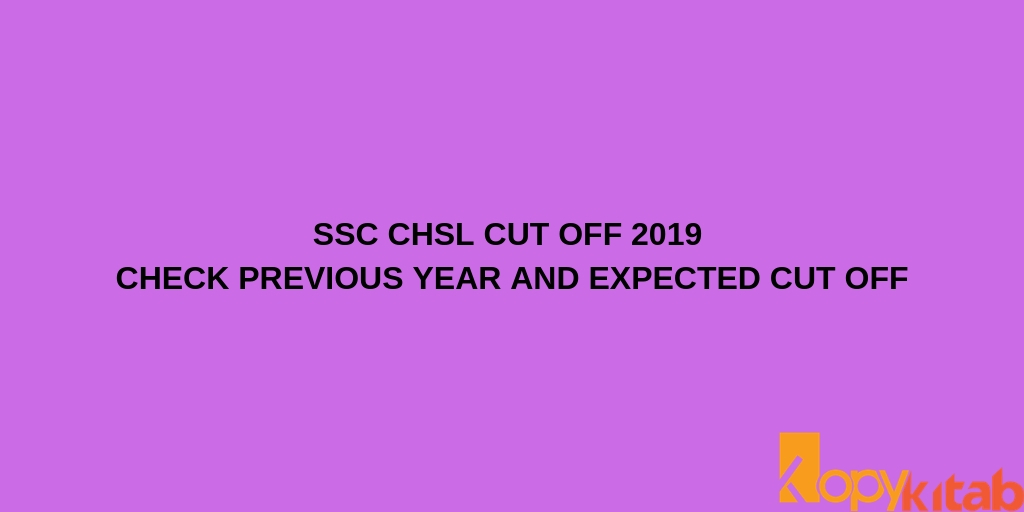 The Staff Selection Commission (SSC) conducts the recruitment drive every year for various posts. Combined Higher Secondary Level (CHSL) is one such post which has a lot of demand. According to the SSC CHSL Notification 2019, the SSC CHSL Exam is scheduled from June 1, 2019.  It is high time for candidates to begin their preparation for SSC CHSL. During your preparation, it is essential to know the SSC CHSL Cut Off. When you are aware of the cut off marks you can prepare to reach that level. You can increase your preparation levels. Here in this blog, we provided detailed information regarding the SSC CHSL Qualifying marks, expected marks, and Previous year marks. Go through the blog completely to know in detail.

After releasing the results of SSC CHSL exam, the board will be releasing the SSC CHSL Tier 1 Cut off on their official website. Below is the table comprising of SSC CHSL Expected Cut Off for 2019. Go through the detailed Expected SSC CHSL Cut Off given below. We will notify here when the official cut off is released by SSC.

Candidates can check previous year cut off to get an idea of the preparation needed to clear the exam.

How is SSC CHSL Cut Off Calculated?

Thus, candidates who are appearing for SSC CHSL Exam 2019, can start preparing from the wide range of SSC CHSL Preparation Books available online.