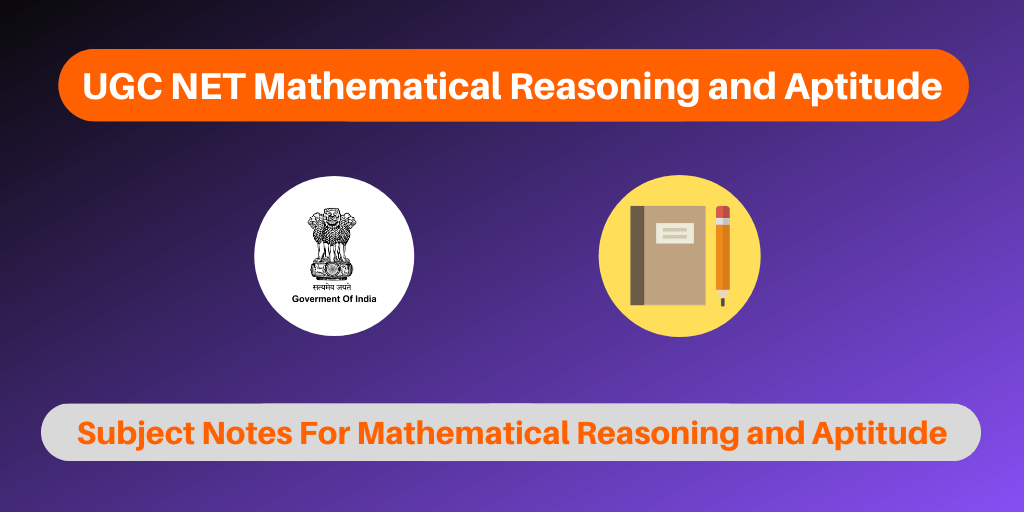 You can check easily check the Mathematical Reasoning and Aptitude Notes and also able to download the PDF.

Before starting a complete guide on UGC NET Paper 1 Syllabus 2020 for Environmental Science, you should have an overview of the exam.

Here you can check the UGC NET exam overview:

Here you can check the complete notes on Mathematical Reasoning and Aptitude In India.

Questions on number series are prevalent in most of the exams. Almost 1-2 Questions come in the exam from this topic.

Heads up! There is no defined way to solve numbers series.

The Ultimate trick is to identify the numbers in the series and proceed accordingly.

How to Identify Common Patterns in Number Series

The common patterns asked in number series topic are-

Arithmetic Series – This could be of two types. in which the next term is obtained by adding/subtracting a constant number to its previous term. “common difference” is the key here

Furthermore, this could be mixed with Arithmetic Sequences with the differences of consecutive numbers themselves form an arithmetic series.

Geometric Sequence is multiplying by the same value each time.

The pattern in alternate numbers-

As the name of the series specifies, this type of series may consist of two series combined into a single series. The alternating terms of this series may form an independent series in itself.

We have covered the detailed guide on UGC NET Mathematical Reasoning and Aptitude Notes 2020. Feel free to ask us any questions in the comment section below.