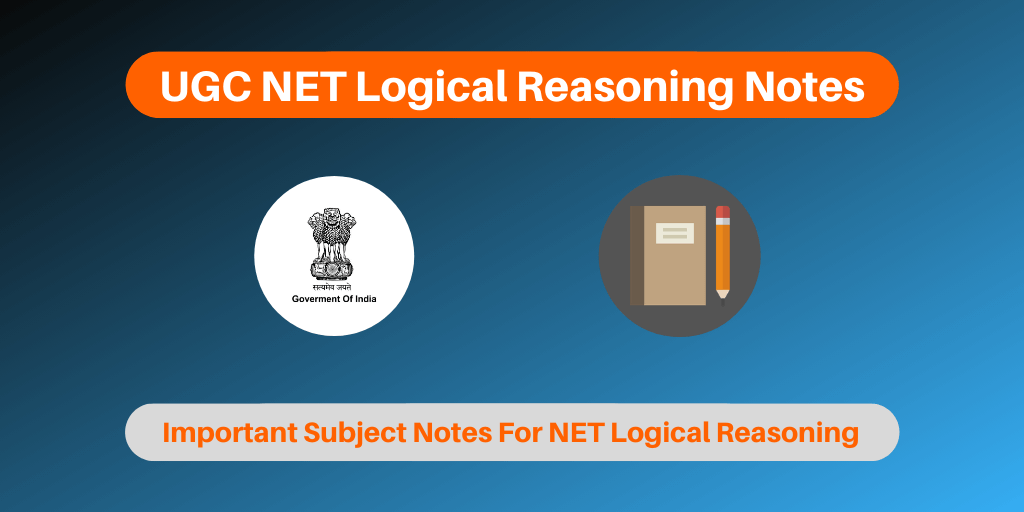 UGC NET Exam is the exam that tests the eligibility of Indian Nationals for ‘Assistant Professor’ or for ‘Junior Research Fellowship and Assistant Professor’ both in Indian Universities and Colleges. It comprises types of reasoning UGC NET questions in Paper 1.

Understanding the structure of arguments UGC NET is an essential part of the UGC NET Paper 1 Syllabus 2020-21 for Logical Reasoning. With proper preparation and Logical Reasoning Notes for UGC NET PDF, you can easily attempt all the questions in the Paper-I exam correctly.

Relations of Identity and Opposition

In Relations of Identity and Opposition, we will study the relations among the propositions in UGC NET Logical Reasoning Notes.

Now, to identify the relationships among these propositions, we will have to understand the square of the opposition chart.

This subpart is very important from the point of view of examination.

Following relations are made among the propositions listed in UGC NET Logical Reasoning Notes:

Let us understand in detail:

Contradictory statements are A and O, E and I

Contrary statements are A and E

Sub Altern statements are A and I, E and O

Sub Contrary Statements are I and O.

An argument is a series of statements, called the premises, intended to determine the degree of truth of another statement, the conclusion.

There are generally two types of arguments as follows:

An analogy is a type of reasoning in which a comparison is made between things that have similar features, Or in other words, analogy means similarity.

A Venn diagram refers to an illustration of the relationships between and among sets or groups of objects that share something in common.

Syllogism refers to a logical argument that applies deductive reasoning to arrive at a conclusion based on two or more propositions (premises) that are asserted or assumed to be true.

We have covered the detailed guide on UGC NET Logical Reasoning Notes 2020-21. Feel free to ask us any questions in the comment section below.

What is included in logical reasoning?

What are the 4 types of reasoning?

There are four basic forms of logic: deductive, inductive, abductive, and metaphoric inference.

What are the 2 types of logic?

The two types of logical argument are inductive and deductive.

What is an example of logic?

The definition of logic is a science that studies the principles of correct reasoning. An example of logic is deducing that two truths imply the third truth.

Where can I download UGC NET Logical Reasoning Notes PDF?

Download NET Logical Reasoning Notes PDF from the above blog.

What is logic or argument?

In logic and philosophy, an argument is a series of statements (in a natural language), called the premises or premises (both spellings are acceptable), intended to determine the degree of truth of another statement the conclusion.

What is an example of a logical argument?

Example: The argument “All cats are mammals and a tiger is a cat, so a tiger is a mammal” is a valid deductive argument. Both the premises are true. To see that the premises must logically lead to the conclusion, one approach would be to use a Venn diagram.