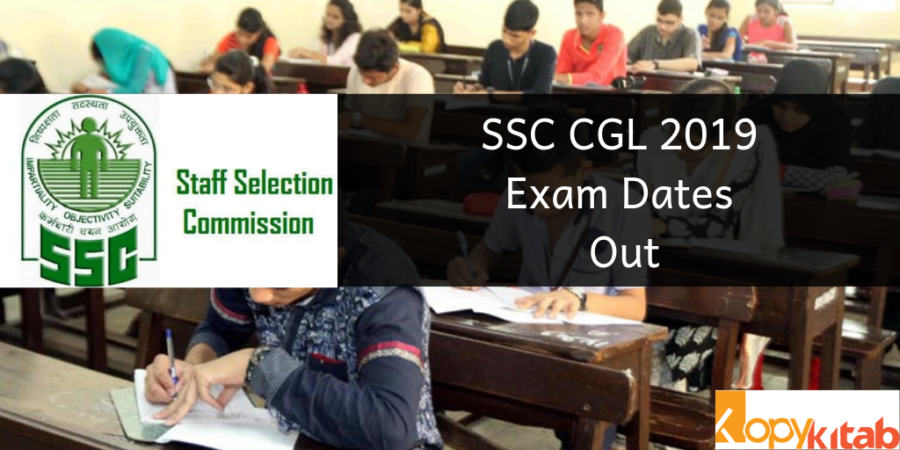 Well, there is a list of questions in all SSC Aspirants after the issue of SSC CGL (Staff Selection Commission) (Combined Graduate Level Examination) paper leak. A CBI inquiry has been ordered by the government after the alleged SSC question paper leak. On February 21, screenshots of few objective type questions went viral before the examination. But due to no vendor taking the control for conducting exam, the dates are being delayed. Apart from this, the misconduct of Tier 1 has led to a lot of allegations on SSC. Students protested in Patna, Bareily and other areas demanding a CBI probe for paper leakage.

Below is the table comprising of tentative SSC CGL Exam dates. We will keep you posted with the latest news regarding the examination.

The Staff Selection Commission (SSC) was established on November 4, 1975. The organization works under the Government of India and recruits staff for several posts in the various Ministries and Departments of the Government of India and in Subordinate Offices. Headquartered in New Delhi, it has several regional offices across India including Allahabad, Mumbai, Delhi, Kolkata, Guwahati, Chennai, Bangalore and two Sub-Regional Offices at Raipur and Chandigarh. Each regional office is headed by a Regional Director and each sub-regional office is headed by a Deputy-Director.

According to a few reports, the exam was expected to be conducted in September-October 2018, for which the dates would be announced in the month of August. But, due to some court orders, the dates were not finalized. After this again there was a rumor saying the SSC CGL exams would be canceled. Due to the issue of paper leakage, the Supreme Court handed over the case to CBI and after many months there was a piece of news saying that SSC CGL 2017 exam would be canceled.

Once new vendors have come forward to take in charge of conducting the exam, the notifications for SSC CGL will be out. Currently, new reports have said that a new vendor has taken up the task of conducting the examination and it is finalized. The new vendor is TCS. Hence according to current reports, the exam is tentative to be held in February or March 2019. The dates and notification will be released soon by the government. The pending exam until today is likely to be held in mid-January.so Kickstart your SSC Exam Preparation by downloading latest syllabus and practice SSC CGL test series

Tier 1 is an online exam consisting of objective type questions for 60 minutes.

Tier 2 is also an online mode exam consisting of two papers: 200 marks each paper for 120 minutes.

Tier 3 is a descriptive type test to check written skills in English/Hindi for 60 minutes.

Tier 4 is a skill test for the post applied by the candidate which has no marks.

Candidates can stay tuned to our blog for the latest updates on SSC CGL 2019. For exam notifications and important notice, candidates can check the official website of SSC.