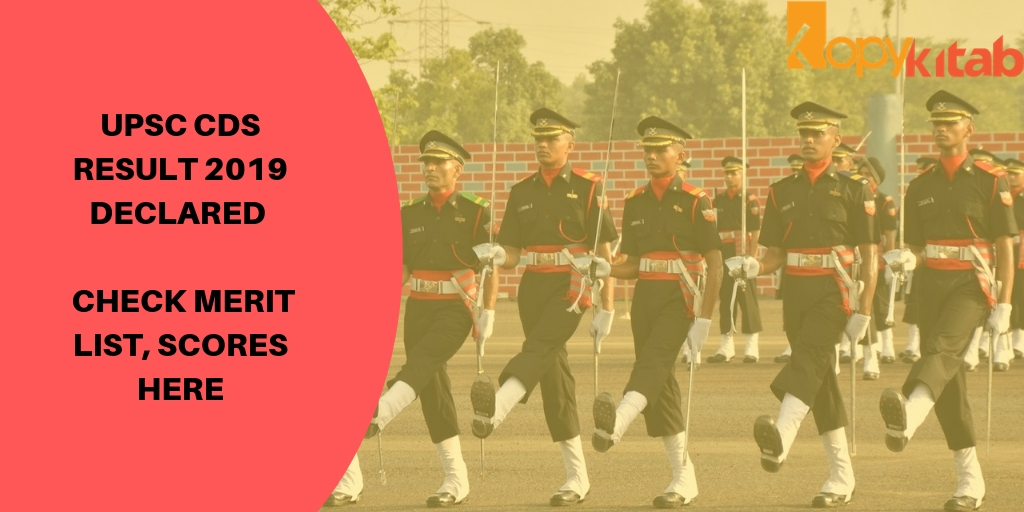 The Union Public Service Commission (UPSC) has announced the result of Combined Defence Service (CDS 1) for the written exam which was conducted on April 9, 2019. The UPSC CDS result 2019 is released in the PDF format which contains the roll numbers and names of the qualified candidates. UPSC will be releasing the CDS result separately for both the stages- written test and SSB Interview. Currently, only the UPSC CDS result 2019 is released and the scorecard of the qualified candidates will be released soon. The PDF of scorecard carries marks obtained by the candidate in the written test and SSB along with their name and date of birth. Here in this blog, we have provided the details regarding the CDS scorecard and result. Go through the blog to know more in detail.

The UPSC CDS 1 Results were declared on February 4, 2019, after which the scorecards were uploaded on February 8, 2019. Currently, the final scores have been declared only for those candidates who have cleared written test as well as the SSB processes. The PDF of scorecard comprises of marks obtained by the candidate in the written test (300) as well as SSB (300) along with their name and date of birth.

After the declaration of final CDS 1 2019 result, UPSC has released the scorecard of all the qualified candidates. CDS scorecard released in the form of pdf containing information about the marks obtained in CDS written exam, CDS SSB Interview and the final score of the candidates. Here is the UPSC CDS Score Card PDF comprising of the marks obtained by the candidate in the written test (300) as well as SSB (300) along with their name and date of birth. Go through the pdf to know your final scores in the CDS 1 written exam which is released by UPSC on the official website of UPSC: upsc.gov.in