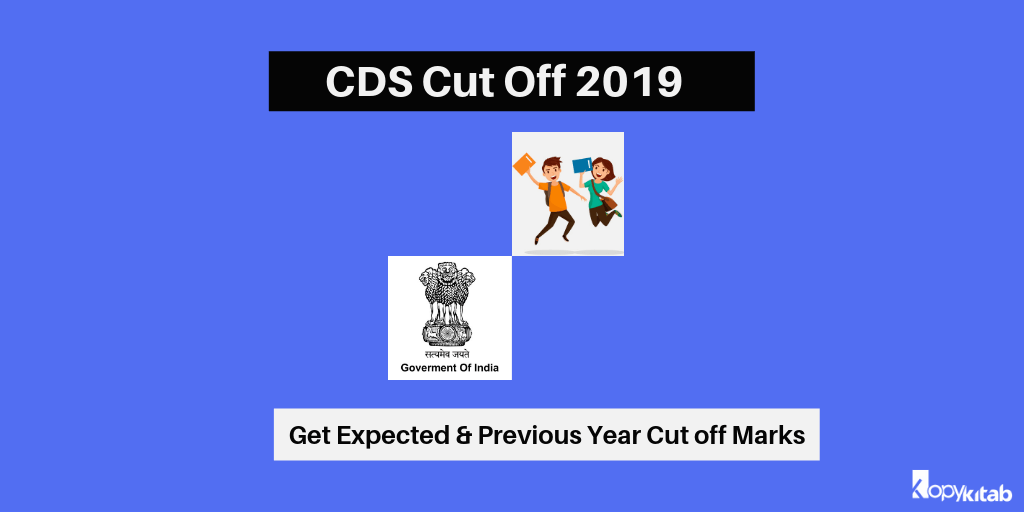 CDS cut off 2019: CDS Cut off is changing every year and increasing exponentially over past few years. This is happened because of increasing popularity of Indian Armed Forces among Indian youths. Another reason is better salary structure and various attractive facilities provided by Indian Armed Forces.

CDS conducts two exams every year. CDS I was successfully conducted on Feb 3, 2019. The result was declared in first week of March. CDS section procedure has three phases. You have to clear all the three phases for final selection at officer’s cadre post in various departments.

CDS admits candidates on the basis of written test results followed by 5-day Psychological and Physical tests in three SSBs across India.

Candidates who pass the test are only eligible for next phase of selection.

UPSC is conducting CDS exam on September 8, 2019 this year.

To find the cut off for this year, we must analysis the previous year’s cut off as well.

The Cut off mark is varied for each training academy.

But before that they undergo one-year training at respected training academies as per their recruiting wing. You should choose your preference of Training Academies during CDS Registration. CDS Cut off for each Academy are different because of the vacancy available.

Check the Cut off Details according to academy.

CDS Cut off of every year depends on various factors. These factors all combined finally contribute to the Cut off and students scoring above the decided cut off are deemed successful. Students need to score better than the cut off at every stage.

The commission does not release cut off details for 5-day SSB. However, final marks are released once the whole process including Written Test, SSB Interview and medical examination is conducted. Here are all the factors which are considered while deciding Cut off of a year.

The students scoring marks above the decided cut off will be called for SSB Interview followed by thorough Medical examination of the recommended candidates.

We have provided the detailed information on CDS Cut Off 2019 Expected. If you have doubts, ask us below in comment section.