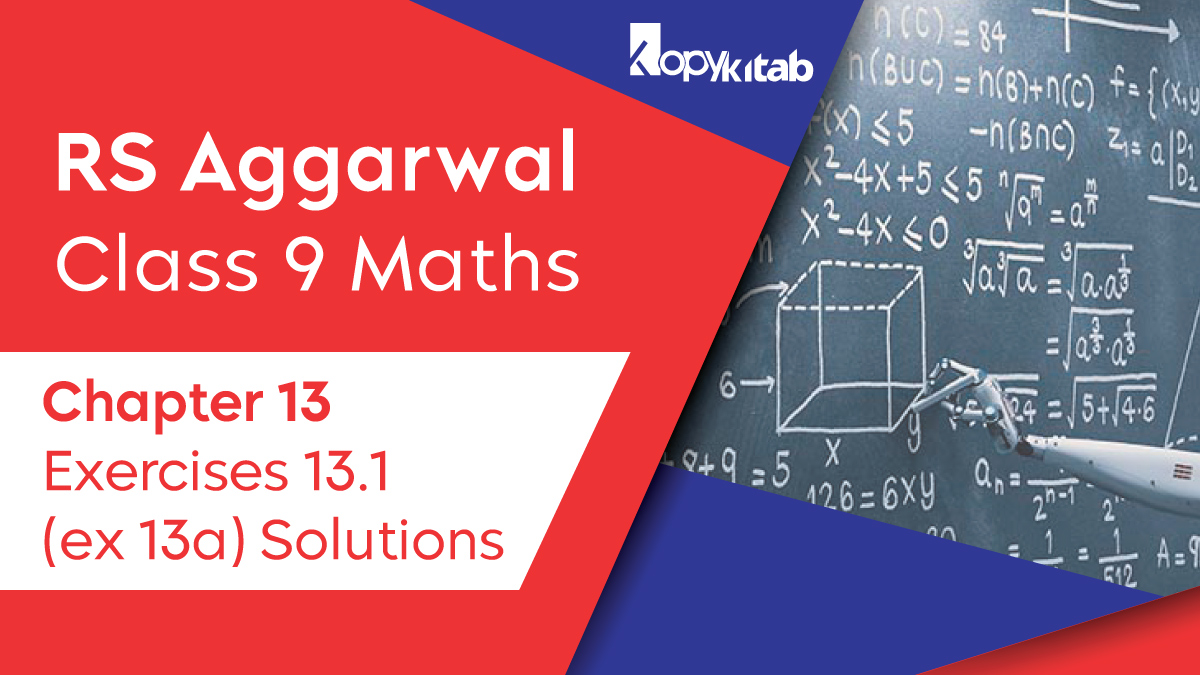 RS Aggarwal Chapter 13 Class 9 Maths Exercise 13.1 Solutions: In earlier chapters, the diagrams, which were necessary to prove a theorem or solving exercises were not necessarily precise. They were drawn only to give you a feeling for the situation and as an aid for proper reasoning. However, sometimes one needs an accurate figure, for example – to draw a map of a building to be constructed, to design tools, and various parts of a machine, to draw road maps etc. To draw such figures some basic geometrical instruments are needed.

Normally, all these instruments are needed in drawing a geometrical figure, such as a triangle, a circle, a quadrilateral, a polygon, etc. with given measurements. But a geometrical construction is the process of drawing a geometrical figure using only two instruments – an ungraduated ruler, also called a straight edge and a compass. In construction where measurements are also required, you may use a graduated scale and protractor also. In this chapter, some basic constructions will be considered. These will then be used to construct certain kinds of triangles.

Construction of a triangle when its base, sum of the other two sides and one base.