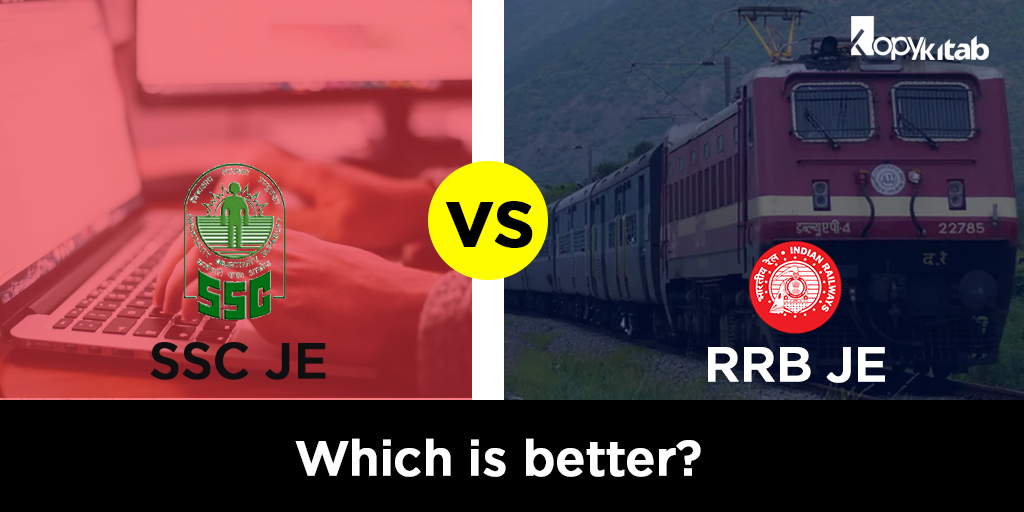 SSC JE Vs RRB JE, both have equal competition in the market. It is not so easy for candidates to clear them easily unless there is a long term preparation. It completely depends on an applicant and his abilities to take up the exam. There are lot of candidates who take up both exams and then think after getting selected in both. This is not how you judge a career. Both SSC JE and RRB JE have their own pros and cons. Hence, candidates should wisely chose up on their career. In this blog we give you complete information on which is better- SSC JE vs RRB JE  based on various aspects like type of examination, recruitment process, pay scale, growth of the job, facilities of the job, transfers and many more.

Nature of the SSC JE vs RRB JE Job

On a whole, both SSC JE and RRB JE have their own advantages and disadvantages. It depends on the candidate to chose his/her interest in career and choose the right exam. Candidates can prepare well for their RRB JE exam with all latest RRB JE preparation books available online.