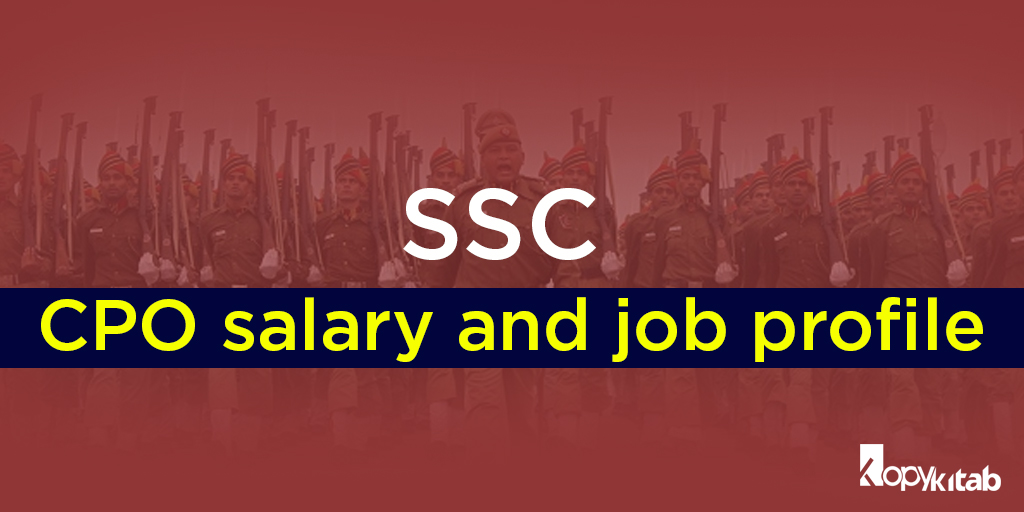 Apart from salary, SSC CPO employees are entitled to various allowances like house rent, traveling, and many more. The House Rent Allowance and Travelling Allowance vary for the Sub Inspectors depending on the job location. The allowance varies for all cities according to the HRA classification adopted by the Indian Government. Below is the table comprising allowances based on types of cities.

Under SSC CPO Job Profile we have different posts. So, here we have listed out the responsibilities of each post. CAPFs (Central Armed Police Forces) comes under the Home Ministry and includes the below-mentioned forces.

Thus, this is all about the SSC CPO Salary and Job Profile. So, if you are interested to join CPO then you can start your preparations in advance with updated SSC CPO Books. Make sure to keep checking our blog to stay updated with the latest information regarding examinations.