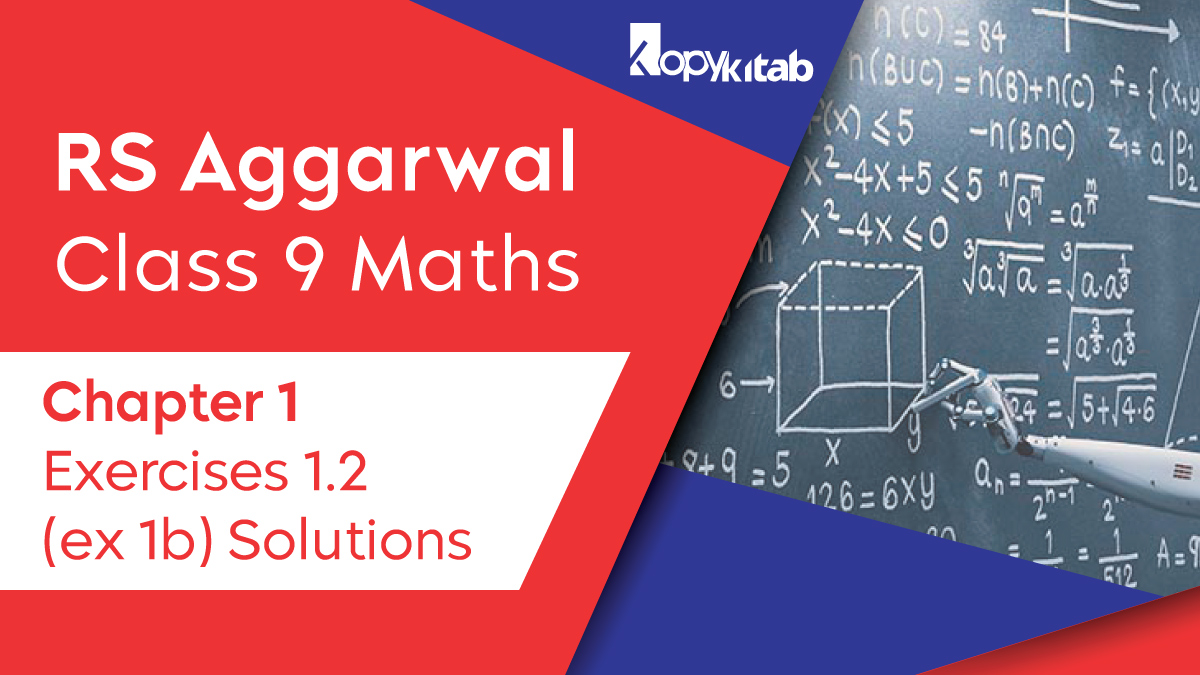 RS Aggarwal Chapter 1 Class 9 Maths Exercise 1.2 Solutions : Number System is the essential study material for students preparing for the CBSE exam. “Number system” is the most important subject in mathematics because it also forms the basis for other chapters in mathematics. RS Aggarwal Maths Solutions Chapter 1 Class 9 has 7 exercises and has problems that give you complete information about numbers, such as numbers, ie real, natural, rational / irrational, imaginary, integer, prime and compound, respectively. Their representation on a number line, rationalization and exponential rules, etc.

Exercise 1b consists of 5 questions based on the concepts of rational numbers. There is a question where you have to find the number as a decimal.