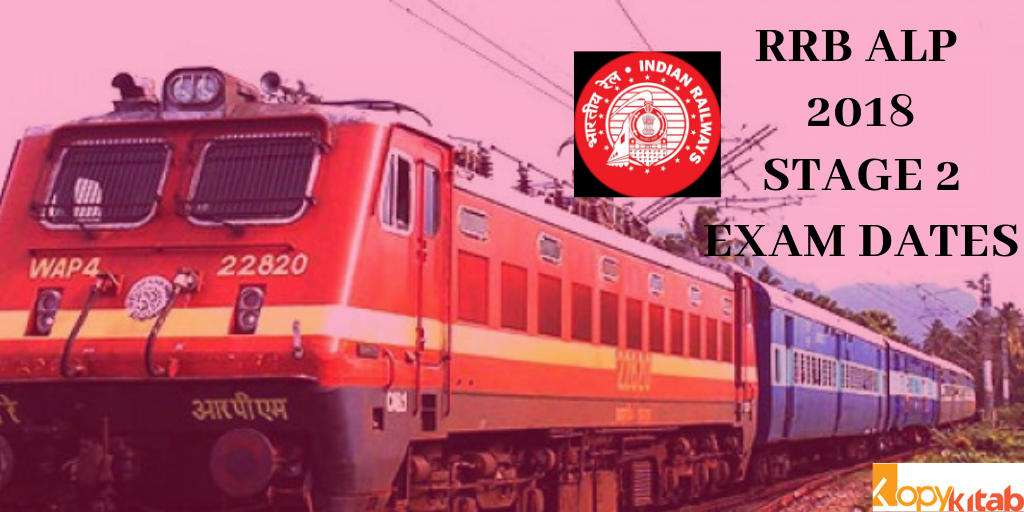 RRB ALP Stage 2 exam has been postponed and the new dates have been released. According to the Railway Recruitment Board (RRB) notification, ALP stage 2 exam is rescheduled on January 21st, 22nd, and 23rd, 2019. RRB is currently conducting the examination to fill 64,371  Assistant Loco Pilots and technicians posts all over the country. It is noted that for Stage 1 exam, more than 36 lakh candidates appeared. Candidates can get complete info of RRB ALP Stage 2 as well as last minute preparation tips and preparation books for RRB ALP. The board has released a notice regarding the postponement of the exam.

After the results of RRB ALP Stage 1 exam, the shortlisted candidate’s list for stage 2 CBT exam was released on 20th, December 2019. Stage 1 was a computer-based test and stage 2 is also a computer-based test. The total duration of Stage 2 exam is of 2 hours 30 minutes which consists 2 parts: Part A and Part B with multiple choice questions. For every wrong answer, one-third marks will be deducted.

The ALP exam is conducted in 4 phases

The second stage consists of 2 parts: Part A and Part B. Part A include questions from Mathematics, General Intelligence & Reasoning, Basic Science & Engineering, General Awareness on Current Affairs. The total duration for Part A is 90 minutes for 100 questions. Part B consists of 75 questions from Relevant Trade topic for which the duration is 60 minutes. Candidates can check out the official website of RRB for exam details and notification.

Now that candidates are aware of syllabus, pattern, and preparation tips, can start with the preparation and increase your score.