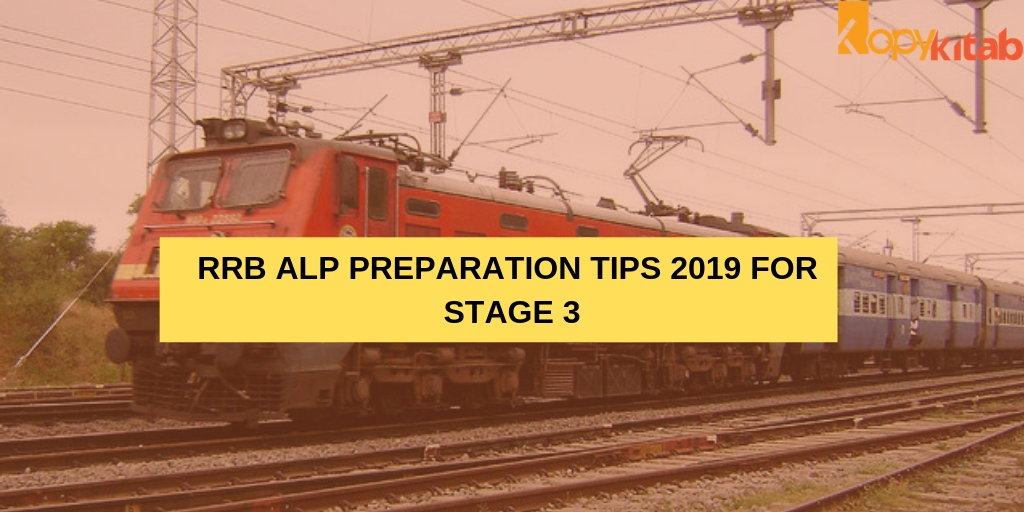 The Railway Recruitment Board (RRB) is one of the top reputed government organizations which recruits a huge number of candidates every year for various vacancies. In 2019, according to the RRB Notification, 64,371 Assistant Loco Pilots and Technician posts will be filled across the country. In the process of RRB ALP Recruitment, RRB ALP stage 1 and 2 are successfully completed. Currently, RRB ALP Stage 3 is about to begin. The RRB ALP Stage 3 is conducted only candidates who have applied for ALP Post. As there is an ample amount of time for RRB ALP Stage 3, we have provided important RRB ALP Preparation Tips on how to prepare for RRB ALP Exam 2019 Stage 3. Go through the blog to know more in detail about the RRB ALP Psychology preparation Tips of Stage 3 Computer Aptitude test or Psycho Aptitude Test.

The RRB stage 3 is mainly conducted for Assistant Loco Pilot (ALP) post only. It is not conducted for candidates who have appeared for Technician Posts. Stage 3 is basically a Computer-Based Aptitude Test. Candidates who have qualified both stage 1 and 2 successfully are eligible to take up RRB ALP Stage 3 exam. Candidates must score a minimum of 42% to qualify this stage. To score more and excel in RRB ALP career, here are the RRB ALP Psychology preparation tips for CBT 3 listed out and explained.

The aptitude test is designed by the RRB board for different categories of RRB jobs. This test helps in choosing the right candidates for a particular job and helps to decide if the person has an ability that is needed in the job. There is no negative marking in the Stage 3 exam but the candidates need to secure 42 marks in each of the test batteries. The Computer-Based Aptitude Test (CBAT) also known as CBT 3 Psycho Aptitude Test includes test batteries that consist of five-six tests prescribed for ALP post.

Each of these tests has a separate time limit and they basically test candidates in various means. The entire test depends on your memory skills and logical thinking. So to excel in this stage, here are the RRB ALP CBT 3 Preparation tips listed out.

As this is one of the most important stages in the RRB ALP Exam, you must be well prepared to score more. Below are few RRB ALP Preparation tips listed out to score more in this stage.