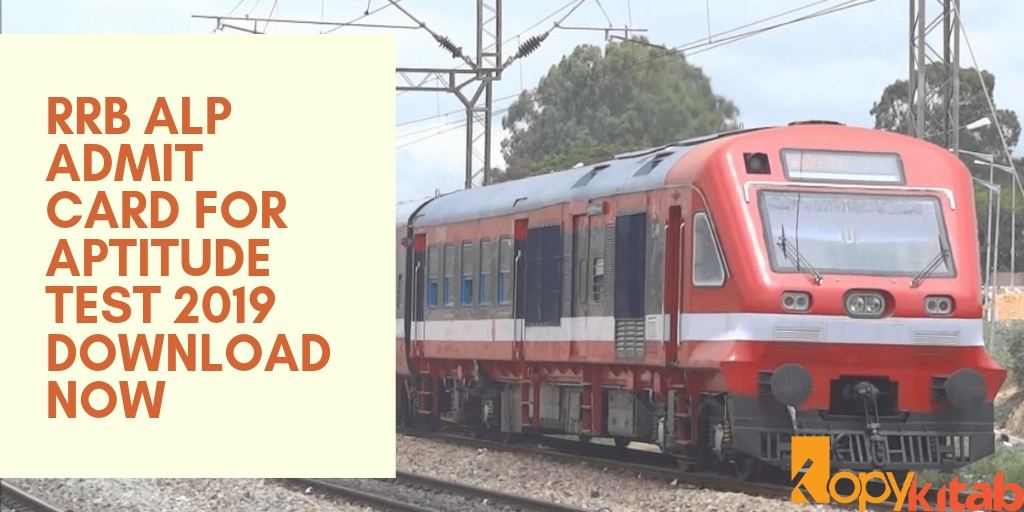 Railway Recruitment Board has released the admit card or call letters for RRB ALP Stage 3. The examination is scheduled from 21 January to 23 January 2019. RRB is conducting ALP and Technicians examination to fill up 64,371 posts. Out of this, 27,795 vacancies are for Assistant Loco Pilot position while the remaining 36,576 vacancies are for Technicians position. The board has released the RRB ALP admit card for Aptitude examination. According to the latest reports, the RRB ALP CBT III New Exam Dates have been announced. The RRB ALP CBT 3 Exam is now scheduled on May 10, 2019, which is published on the official RRB Website. Candidates can download the admit cards or call letters for Assistant Loco Pilot Aptitude Test.

The Railway Recruitment Board has released the admit card or call letter for RRB ALP Admit card for Aptitude Test CBT 3. Candidates who had applied for the Assistant Loco Pilot Posts have to attend the Aptitude Test as well. So, the board will be releasing the hall ticket soon. Candidates can download the admit card by clicking on the below link. The Aptitude Admit Card for RRB ALP CBT 3 is scheduled on May 10, 2019, in three shifts. The total time duration for RRB ALP CBSE 3 is 71 minutes. The Railway board has released a notification regarding the RRB ALP Computer-based Test New Exam Dates. Below is the Notification showing the details regarding the exam dates and more info about the RRB ALP Exam.

Candidates can click on the below link to download your RRB ALP Stage 3 Call letter or admit card for Aptitude Test. Candidates are suggested to download the RRB ALP admit card soon and start preparing well this stage.

Candidates are suggested to go through the instructions before downloading RRB ALP Stage 3 Admit Card.

Candidates who had selected SC/ST during filling up of online application are eligible for free sleeper class railway pass for the exam. Candidates must take a printout of the railway pass while downloading the admit card. You need to also carry the original caste certificate while traveling for the examination.

Candidates opting for the scribe, and deemed eligible for it, will get scribe call letter along with their admit card/call letters. After downloading the admit card you will find blank space for self-declaration, signature, and left thumb impression. You must leave it blank and fill it in the examination center.

Candidates have very less time to prepare well for the examination. Hence, plan your preparation and score more. Candidates can buy the latest RRB Preparation books from online. There are also RRB mock tests, previous year question papers available which will boost your score in the examination.