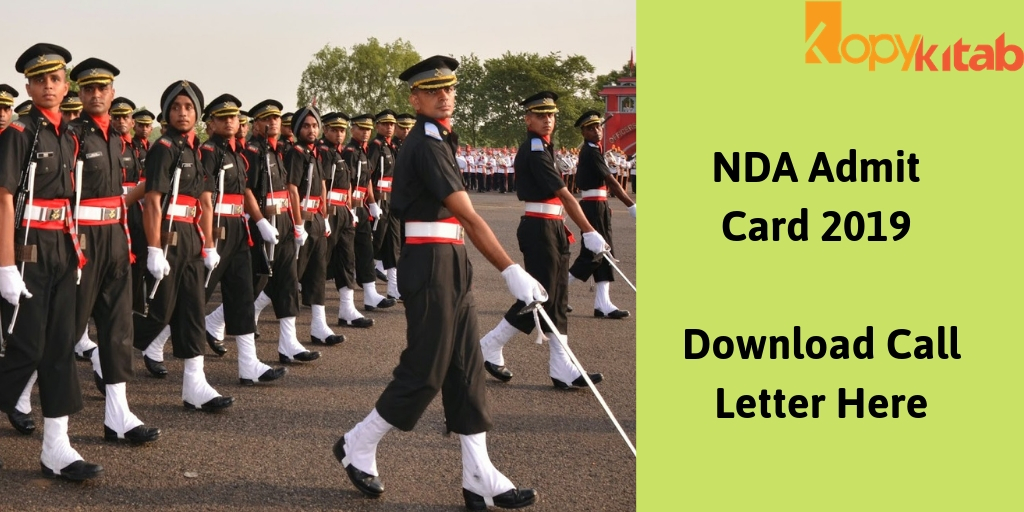 Union Public Service Commission will be conducting the National Defense Academy 2019 Examination. The National Defense Academy is the joint service Academy of the Indian Armed Forces. it is a national level entrance exam for recruiting candidates in Army, Navy, and Air Force. Every year, NDA Exam is conducted twice a year i.e., NDA I and NDA II. It is a two-tier Exam which includes an SSB interview Round after candidates clearing the written exam. As the NDA Exam Notification was released 2 months back, the application process had also begun and it is closed now. The NDA I exam is scheduled on April 21, 2019. So, the admit card for NDA I is released. Candidates can go through the blog to know in detail about NDA Admit Card 2019.

The Call letter or the admit card for NDA I was released on March 29, 2019. As there are few days left for the exam, candidates can start their preparation for the exam. Before beginning with the preparation, candidates must ensure they have gone through the NDA Syllabus and Exam Pattern carefully. Candidates who are appearing for the NDA 2019 can download the NDA Admit Card here. Candidates can click on the below link to download the NDA Call letter directly.

Candidates are advised to download the NDA call letter by following the below steps.

Step 3: A new page will appear, where you need to select any of the given options, i.e. “By Registration ID” & “By Roll Number”.

Step 7: The admit card will be displayed on the screen.

Step 8: Download and take a print out of it for future reference.

Candidates must make sure that they carry their NDA Admit Card to the examination hall.

Documents to be carried on the NDA exam day

Candidates are required to have the following documents at the examination center:

Once you are through with the syllabus, you can prepare well by doing smart study plan for NDA Exam. Candidates must make sure they have the right books for preparation as well. You can choose your desired book from the wide range of NDA Books available online. You can even choose your desired books from the below list of books or you can click on the below link to check out various publication NDA Books.