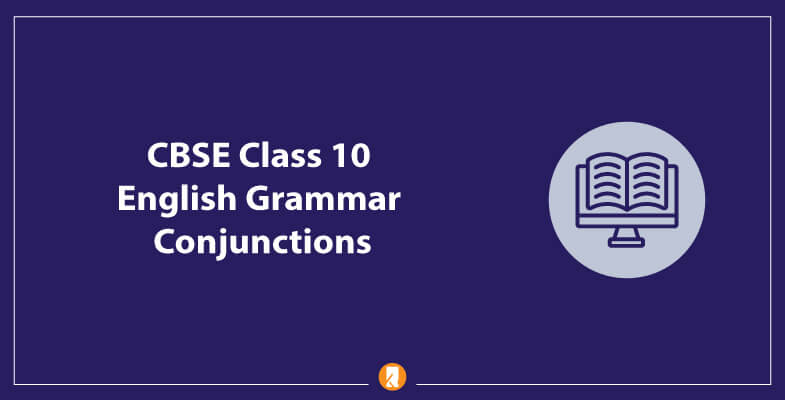 CBSE Class 10 English Grammar Conjunctions: Class 10 English conjunctions are one of the easy, simple and sorted subject to start with your Engish grammar preparation. 10th is the time that students need to take seriously for a good start for their 12th standard. Additionally, to score a satisfying scorecard, students look out for scopes.

Let us now go through some example to understand the concept

Well, the conjunctions get divided into

Correlative conjunction works in pairs to join two clauses or two sentences. Better look at the examples to have a clear understanding

Conjunctive adverbs are transition words that join phrases and sentences which works similarly to a word in conjunction list. Let us now take a detailed look at the example to understand the concept better

Since conjunctions offer a high scope of scoring good in your boards, therefore memorising some conjunction rules would do you great.

So/As is used to indicate comparison, however, these two words also define a negative statement.

As/as works similar to so/as however, you can use these two words for both negative and affirmative sentences.

As you behave so you have to bear.

The word Both is always followed by And.

Both Krishna and Vishnu went for shopping.

He is both handsome and intelligent.

Lest is a negative word which is always followed by should or any first form of a verb. However make sure not to use ‘not’, ‘no’, ‘never’ with ‘lest’.

Dance carefully lest she should fall.

Dance carefully lest she falls.

Unless and Until both are negative words. Unless is an actionoriented word on the other hand Until is a timeoriented word. Also, do not use ‘never’, ‘not’, ‘no’ with clause having until and unless words.

The mother asked her son to wait until she returned.

Unless the employee works hard, the company will not progress.

Try to always use the correct pair of conjunctions.

Hardly__ when or before

No sooner had he finished his speech than the audience applauded.

The thief not only stole jewels but also took away the gizmos.

She doubts if he can come to drop you.

I don’t doubt that she is hardworking

He is doubtful whether he will attend the party.

It is difficult to choose between gold and silver

She keeps playing the guitar from morning to evening

When more than two things or persons are involved then use none of/one of instead of neither or either.

One of the employees complained about the manager

None of the employees complained regarding the theft

The words rather /other is followed by than.

You have no other option than to go back to school.

She would rather give a car than a necklace.

We have covered all the important portions of conjunctions. Hope you read them and understand the concept to score considerable marks in your upcoming exam. Still, if you face any query regarding 10th class English grammar conjunctions, make sure to call for query since we are always ready to help you out.

We have covered a detailed guide on CBSE Class 10 English Grammar Conjunctions. Feel free to ask any questions in the comment section below.