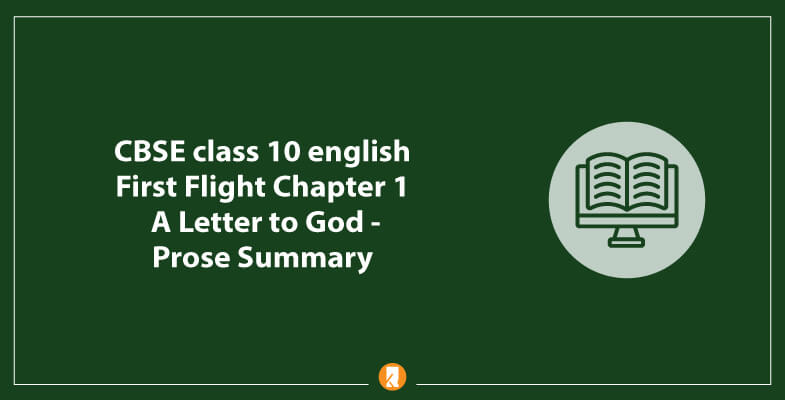 He was a Mexican poet, novelist, and also journalist. The story highlights the faith in God. The incident is taking place in a Latin American country. Lencho, a farmer, who is the protagonist of the story, makes a request to God by writing a letter. What happens next? Are you curious? Then you need to go through the summary. Read it carefully.

Once upon a time there a farmer named Lencho who was committed to his work. He had a strong faith in God and one day he expected a decent harvest from Him. A hail storm came to his surprise and it resulted in huge loss. Lencho was really upset about this incident. But he didn’t lose his faith in God. He believed that God would help him. He wanted to establish a connection with God and he thought that connecting with the right person would help him to overcome this hurdle. Lencho worked on a farm for a long time and he had some experience in writing. He structured a letter to God and over there he asked Him to send one hundred pesos. He took the letter to the post office and placed his letter into the post box.

The postman came across a letter from the letter-box. He started laughing when he read the address on it. He wanted to share this matter with the postmaster and he told him about it by showing the strange letter. The postmaster also laughed when he observed the address of God. He became very serious after reading the letter. He started admiring the man for his faith in God and he wanted to assist him financially. He requested all his employees of the post office to donate some amount of money for charity. The postmaster also contributed some amount from his salary. They collected a little more than 50 pesos as requested for by Lencho. After that the postmaster decided to put the money in an envelope and addressed the letter to Lencho.

On Sunday, Lencho came to the post-office to inquire about his letter. The postmaster gave the letter to Lencho which was addressed to him. Lencho saw the money but he wasn’t shocked. He lost his temper when he counted the amount of money. He was angry on God for this kind of behaviour. He knew that God had made some mistake. He decided to write one more letter to God. He was ready with a paper and ink. He shated his thoughts and he put it into the letter-box.

The postmaster and the employees went through the letter the moment he left. Over there Lencho mentioned that he had got only seventy pesos and he also requested God to send him the rest of the money this time. However, he requested God not to send the money via mail. He informed God that the post-office employees were a bunch of crooks and they might have stolen the money.

The story talks about Lencho’s immense faith in God and it will also restore faith in humanity.

You can Download NCERT Books and solutions for CBSE Class 10 English First Flight Chapter 1 A Letter to God from below link.

We have covered CBSE Class 10 English First Flight Chapter 1 A Letter to God – Prose Summary. Feel free to ask us any questions in the comment section below.