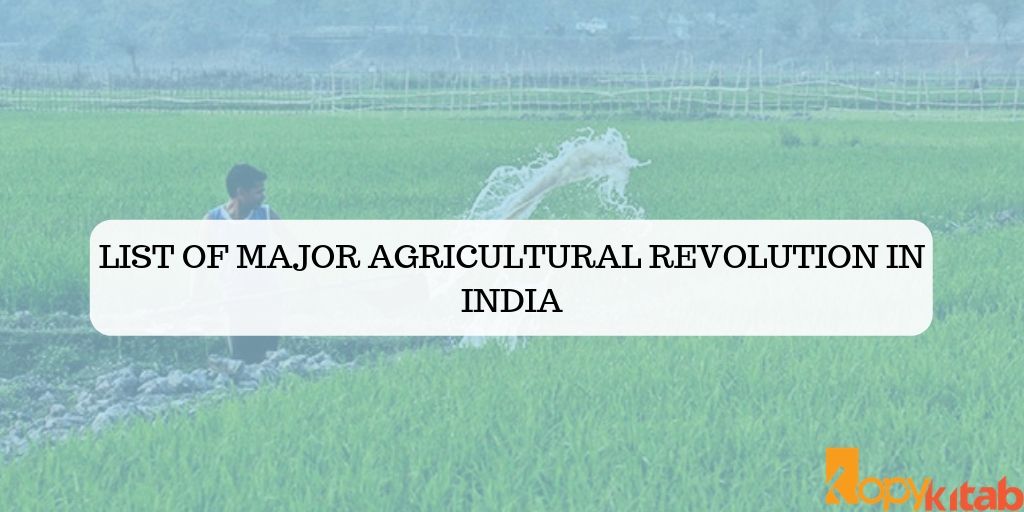 The agricultural revolution refers to the significant change in the agriculture that occurs when there are discoveries, inventions, or new technologies implemented. These change the production ways and increase the production rate. There are various Agricultural Revolutions occurred in India. SO, knowing about the agriculture news will help candidates who are preparing for competitive exams like UPSC-prelims, SSC, State Services, NDA, CDS, and Railways, etc. Apart from just the exam point of view, it is good that all the citizens of India are aware of innovations in the Agriculture field. So, here is the list of Agricultural Revolution in India. Candidates are suggested to go through the blog completely and know more in detail.

Thus, candidates can go through this table and be perfect with all revolutions happening in the Agriculture field which were coined by famous people. Apart from just knowing about this one topic, go through the latest Agriculture Books which can help you to know more in-depth.