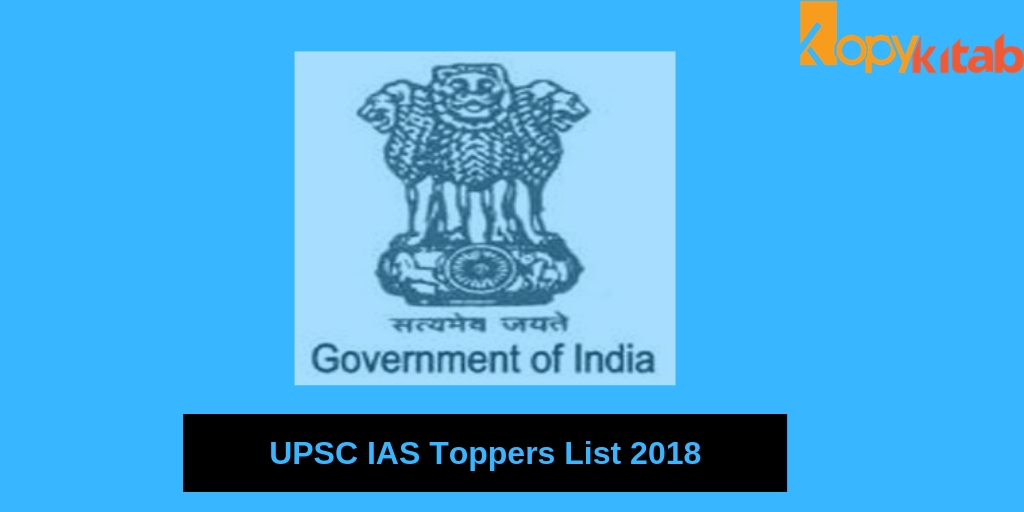 The Union Public Service Commission (UPSC) conducts the recruitment for various posts like Indian Administration Services and Indian Forest Service. To get Job as Civil Servant for the Country one should clear this examination, every year it is organized by Union Public Service Commission, Selection is based upon Pre Examination, Mains Examination& Interview Stages. As the UPSC IAS Result 2018 has been released, it is time to know the UPSC IAS Toppers List 2018. The UPSC Board has released the list of UPSC IAS Toppers 2018. Candidates can go through the blog to know more in detail.

As the IAS Result 2018 was published on the official website, Kanishak Kataria stood at the top. Akshat Jain in the second rank and Junaid Ahmad in third place. Kanishak topped IAS 2018 in the first attempt.

We have listed out the top 15 UPSC IAS Toppers 2018 here. Check out more in the same blog.

Kanishak Kataria has topped the UPSC IAS Exam 2018. The IIT Bombay graduate topped the list of 579 candidates who are recommended for appointment to IAS or IPS.

Kanishak has a long-standing record of being at the top. According to his LinkedIn Profile, Kanishak is currently employed as a Data Scientist at Qplum, Bangalore. Previously he has worked for Samsung Electronics. The IAS topper passed from IIT Bombay in 2014 with a cumulative GPA of 9.07. According to the information of his social media profile, Kanishak had scored 44th rank in IIT JEE exam 2010 and 24th rank in AIEEE in the same year. He did his schooling at a private school in Kota, Rajasthan.

It is advised for all candidates who take up UPSC exams in the upcoming days to study well and score more. No one can become UPSC IAS topper in overnight. It requires hard work and dedication to score more and be an outstanding performer as Kanishak. Thus, candidates can start their preparation with top UPSC IAS Preparation Books available online. We will keep you posted with all the latest news regarding the UPSC IAS Toppers list and IAS Exam 2019.