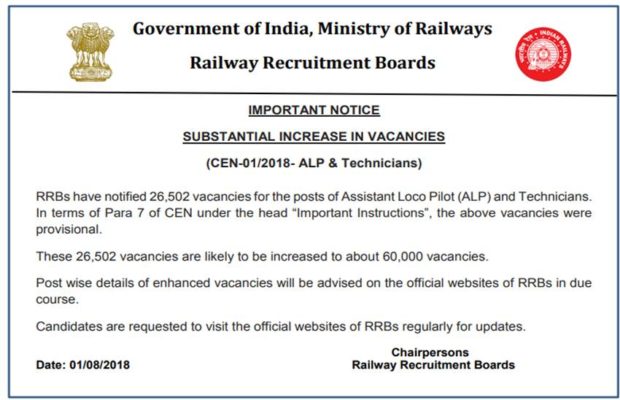 RRB ALP Result 2018 is expected to release soon by Railway Recruitment Board. The result is likely to be out on 01 October 2018. All those candidates who had appeared in the RRB ALP would be able to check their result on the official websites of the respective RRBs zones, once the result will be declared. RRB ALP 2018 was conducted from August 9 to September 4 in multiple sessions. As per official data, more than 47 lakh candidates have applied for RRB ALP exam.