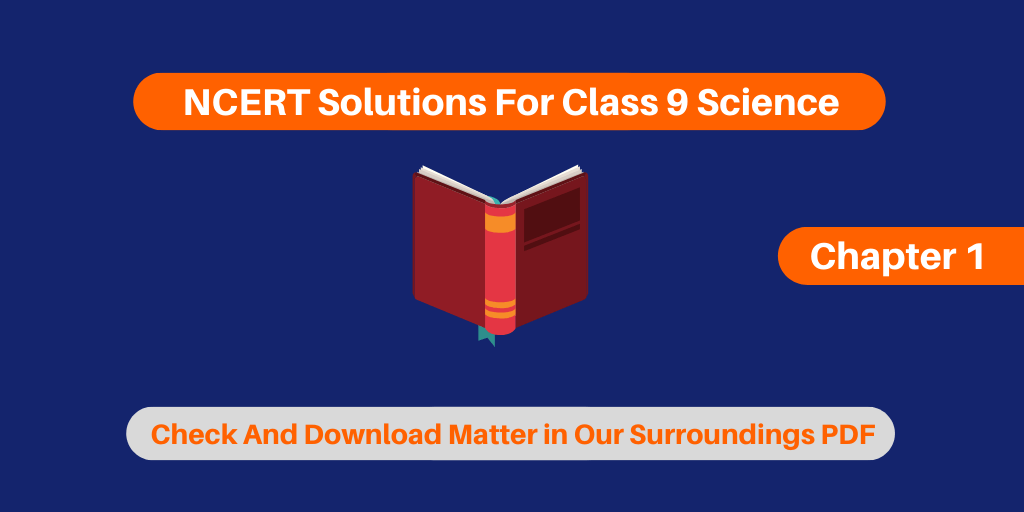 You will get step by step explanations of the complete Class 9 Science Chapter 1 titled Matter in Our Surroundings and You should have clear concepts on Chapter 1 Matter in Our Surroundings for better score in exam in class 9. If you have a dream to study in science stream in future or want be an engineer then you should have a depth concept on the chapter.

After completion of the lesson, you must be looking for answers of its questions. Here you can get complete NCERT Solutions for Class 9 Science Chapter 1 Matter in Our Surroundings in one place, also follow  NCERT Class 9 Chemistry study material to know more about Science Chapter 1 Matter in Our Surroundings Class 9 notes, Science.

Topics and Sub Topics in Class 9 Science Chapter 1 Matter in Our Surroundings:

You can check the complete solutions related to chapter 1 in the below section.

1. Which of the following are matter?

Solution: Chair, air, almonds, cold drinks and smell of perfume are matter since they have mass and occupy space. Matter is anything that occupies space and has mass- in other words, matter has mass and volume.

The smell of perfume is considered as a matter since the smell of any substance (say, perfume) is the gaseous form of that substance which our olfactory system can detect (even at very low concentrations).

Hence, the smell or odour of a substance is classified as matter. However, the sense of smell does not matter. Love, hate, cold and thought are also not matter as they do not have mass and volume.

2. Give reasons for the following observation:

The smell of hot sizzling food reaches you several meter away, but to get the smell from cold food you have to go close.

3. A diver is able to cut through water in a swimming pool. Which property of matter does this observation show?

4. What are the characteristics of particles of matter?

Solution: The characteristics of particles of matter are:

5. The mass per unit volume of a substance is called density (density = mass/volume). Arrange the following in order of increasing density – air, exhaust from chimney, honey, water, chalk, cotton, and iron

The given substances in the increasing order of their densities can be represented as:

6. (a) Tabulate the differences in the characteristics of states of

Solution: (a)        Characteristics of states of matter:

8. Liquids generally have lower density as compared to solids. But you must have observed that ice floats on water. Find out why?

Ice is a solid, but it has a cage like structure hence there is a large number of empty spaces between its particles as compared to the spaces present between the particles of water.

11. For any substance, why does the temperature remain constant during the change of state?

Solution: For any substances, the temperature remains constant during a change of state. This is because all the heat supplied to increase the temperature is utilized in changing the state by overcoming the forces of attraction between the particles. This heat is called the latent heat. It does not contribute to increasing the temperature of the substance.

Solution: Atmospheric gases can be liquefied by increasing pressure and reducing the temperature.

13. Why does a desert cooler cool better on a hot dry day?

14. How does water kept in an earthen pot (make) become cool during summers?

Solution: There are many extremely small pores in an earthen pot. Through these pores, the water kept inside the pot keeps on evaporating and takes the latent heat required for vaporization from the earthen pot and remaining water. Thus, it loses heat, and this makes the water inside the pot cool.

15. Why does our palm feel cold when we put some acetone or petrol or perfume on it?

16. Why are we able to sip hot tea or milk faster from a saucer rather than a cup?

17. What type of clothes should we wear in summers?

Solution: Clothing made of cotton are usually worn during summer since our body tend to sweat a lot. Cotton is a good absorber of water hence absorbing sweat from our body. It exposes the sweat to the atmosphere, making its evaporation faster.

1. Convert the following temperatures to Celsius

3. Give reason for the following

4. Arrange the following substances in increasing order of forces of attraction between particles- water, sugar, and oxygen.

Solution: The increasing order of forces of attraction between the particles of water, sugar and oxygen is

Sugar is solid; the forces of attraction between the particles of sugar are strong.

5. What is the physical state of water at?

At 0 °C, water can exist as both solid and liquid.

At 0 °C temperature, after getting the heat equal to the latent heat of fusion, the solid form of water i.e., ice starts changing into its liquid form i.e., water.

6. Give two reasons to justify-

7. Why is ice at 273 K more effective in cooling than water at the same temperature?

Solution: When ice is at 273 K, it will first take the heat (latent heat) from the medium to convert itself into the water as well as heat energy to attain room temperature.

Solution: Steam possesses the additional latent heat of vaporisation. When steam comes in contact with skin and condenses to produce water, it gives out 22.5 x 105 J/kg more heat than boiling water at the same temperature. Therefore, burns produced by steam are more severe than those produced by boiling water.

9. Name A, B, C, D, E and F in the following diagram showing change in its 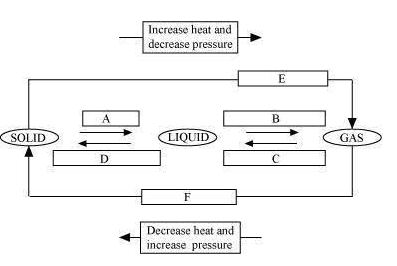 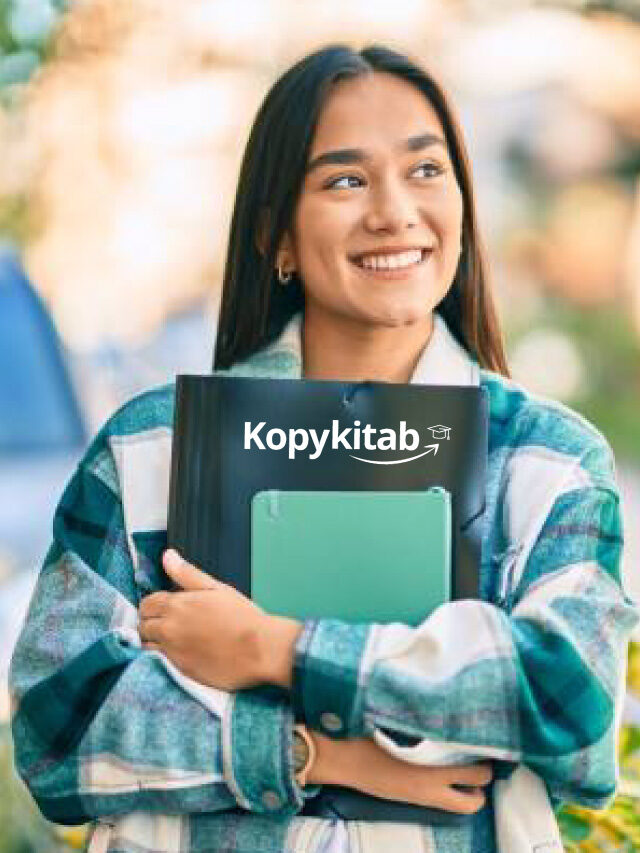 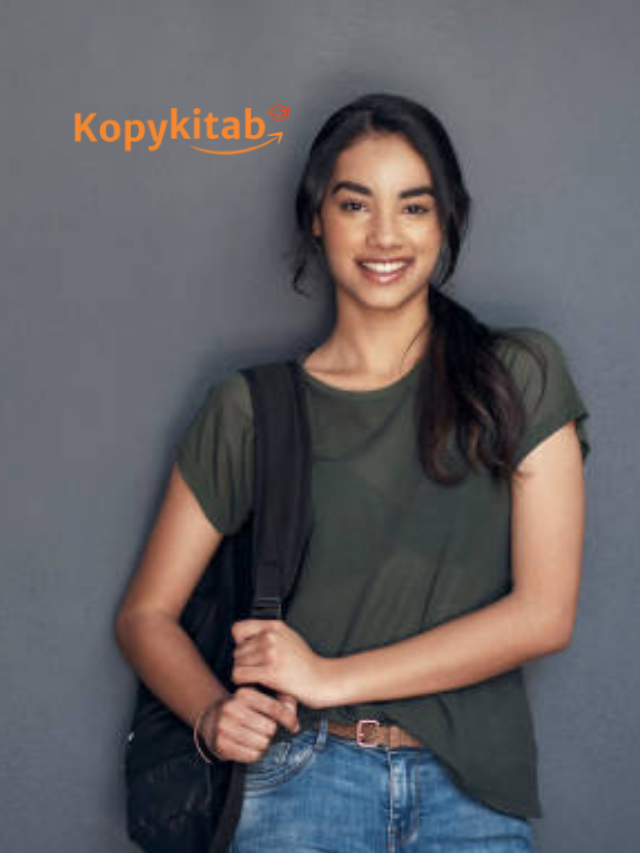 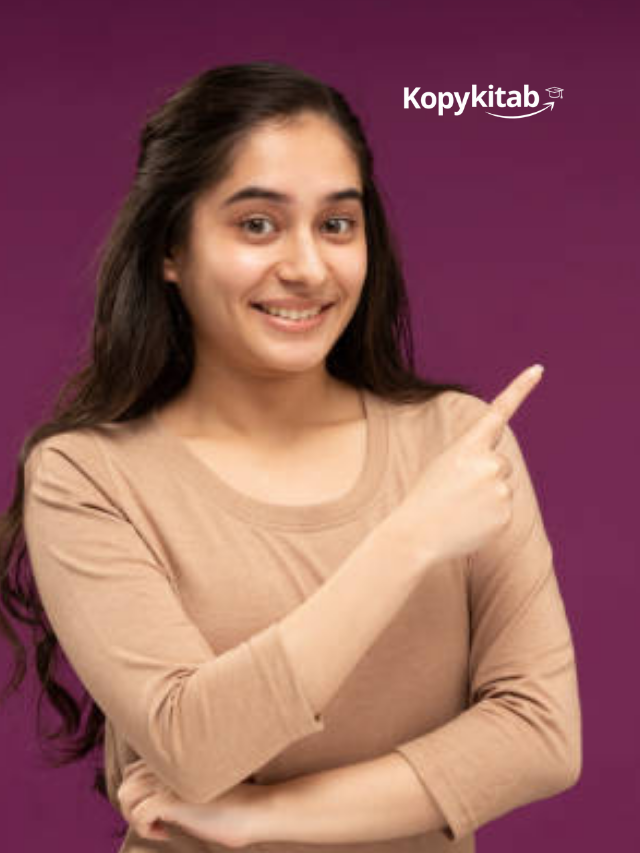 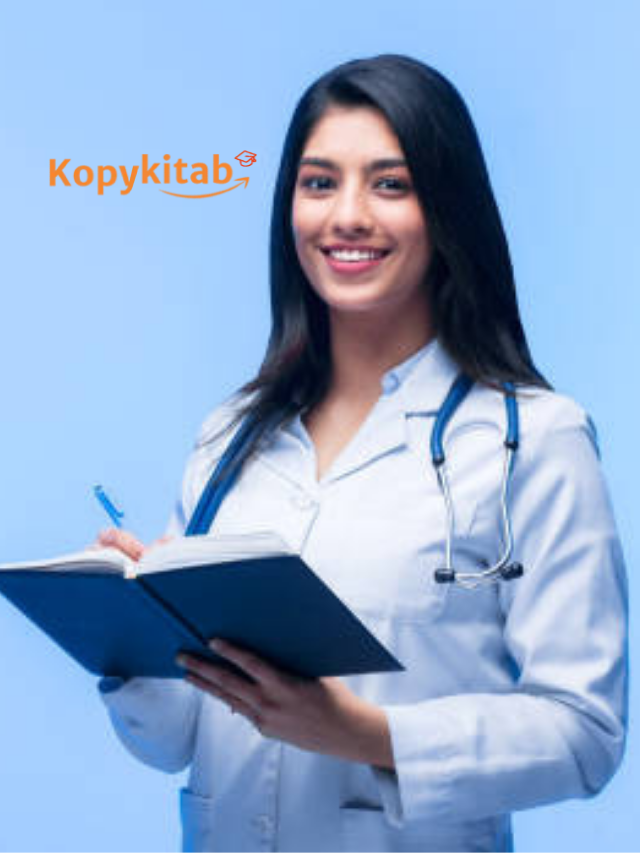 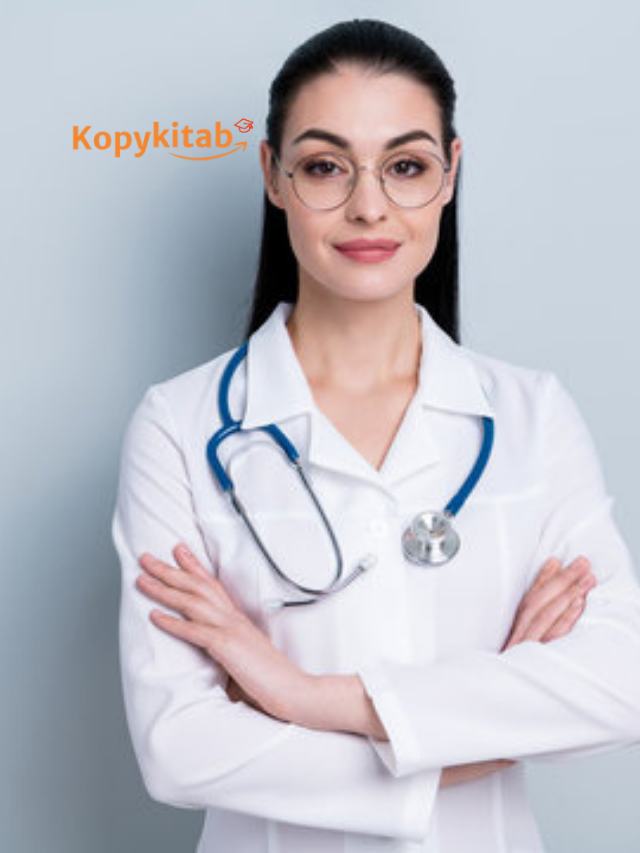