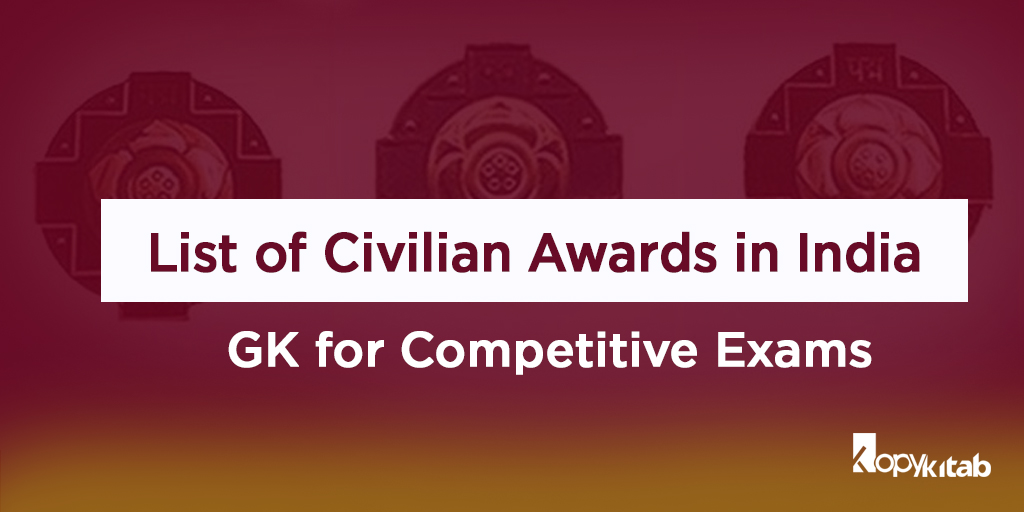 An award is a symbol of honor consequently given to someone who has earned it by virtue of their achievements. Civilian Awards are the most respected awards in India. It is the highest honor that is received by citizens of India for their excellence in respective fields. Here is the list of few important Civilian Awards below

Civilian Awards are given for the exemplary work done by individuals in their respective fields. These are awards are distributed every year in the month of March at Rashtrapathi Bhavan. We have explained these four civilian awards below and also the award winners in 2019.

This award is the highest civilian award of India and it is presented for achievements in the fields of:

This is the second highest civilian award after Bharat Ratna. This is award is given to citizens for their exceptional and distinguished service in any field including service rendered by the government employees. You can check the table below for the Padma Vibhushan award awardees of 2019.

The Padma Shri is the fourth highest civilian award after the Padma Bhushan awards. Here is the table below consisting of list of Padma Shri awardees for the year 2019.