1.  (a) For what purpose feedback is used in control systems? .Mention the effects of feedback on i) stability ii) overall gain iii) disturbance and iv) sensitivity of control systems.

2.  (a) Illustrate how to perform the following in connection with block diagram reduction techniques:

(b) Explain Masons gain formula. Use it to determine the transmittance of the flow graph shown in Fig. 2.

3.  (a) For the two port network shown in Fig.3, obtain the transfer functions

(b) For the flow graph shown in fig.4, mention the type number and order of the system and determine the steady state errors for step and ramp inputs e(t) — r(t)  y(t).

(b) The block diagram of a feedback control system is shown in fig.5. Apply RH criterion to determine the range of K for stability if G(S) — -t;—&■„ — – (lfl Marks)

6.  (a) For a unity feed back system G(S) -determine the range of K for the system to be stable using Nyquist criterion.

ii)   Complete the Nyquist, plot and determine whether the system is stable, if all poles are in LH of s plane. 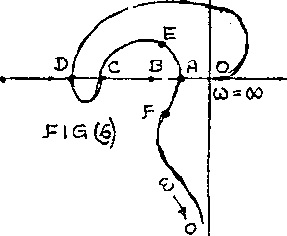 7. (a) As applied to root locus, explain how to

ii)   determine the breakaway or breakin points if they are present

i)    What value of K gives a damping ratio 6 = 0.707 for the two poles nearest the JW axis when die system is operated closed loop?

ii)   What is the setting time for the closed loop system with the two poles adjusted to have S = 0.707? 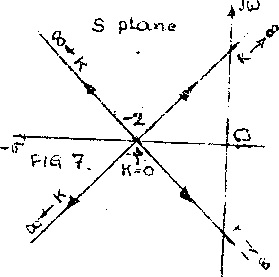 8.  (a) Draw bode plot for the system shown in fig.8. Determine gain margin and phase margin.

(b) Estimate the transfer function from the bode plot shown in fig.9. Digits on line indicate slope in dB. 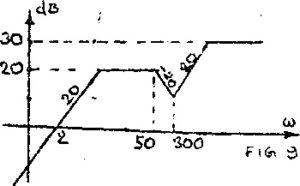