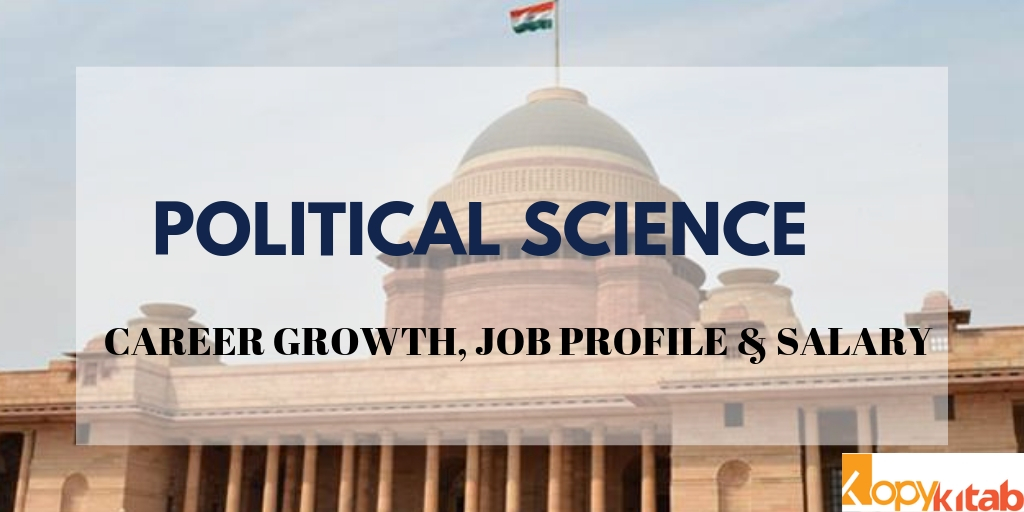 Political science is a social science which deals with systems of governance, and the analysis of political activities, political thoughts, and political behavior. It deals extensively with the theory and practice of politics which is commonly known as determining the distribution of power and resources. Politics is one of the fastest emerging career fields among today’s young generation. Politics is the way that people living in groups make decisions. In our day to day life, the term ‘politics’ refers to the way that government makes rules and laws for governing the countries.

The people who are politically active and holding a position within a government through elections are called Politicians. Political Science/Political Studies/Public Administration is the field of study of politics in Universities/institutions. A politician is not only a representative of the people, but he is also involved in the lawmaking process by supporting the bills and ordinances. To become a politician, he/she needs to have certain skills like

Students who want to make their career in politics, they will have to study political science & history. They can also work as an intern & volunteering and get involved in local issues & campaigns involving the masses.

In the field of political science, salary depends upon the designations and post.  In India, MLA receives an annual salary of 6 lacs. The MLA daily allowance for each day of attending parliament is Rs. 2000. In abroad, the basic annual salary of all MLAs is near around $91,201.00.

If you are looking out to take political science as your career, then read and prepare for examinations with a wide range of Politics Books available with us. We will keep you updated more about career options. Stay tuned.