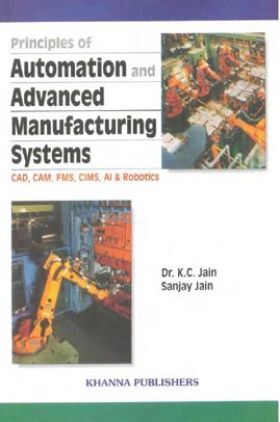 "Beautiful things and compositions are not made by chance, nor they can be ever, made in any material at all expense. Compositions and forms for cheapness and not excellence of workmanship is the most frequent and definite cause of rapid decay and destruction of art and manufacturing systems". JOSIAH WEDGWOOD

The word 'Automation' was coined soon after the second world war, however it may be difficult to clearly identify the originator of this word. John Diebold while writing the report on "Making the Automatic Factory a Reality", used the word 'Automation' instead of 'automatization' which appeared to be auckward D.S. Hander of the Ford Motor Company also used the word 'automation', to describe the automatic handling of the materials and part in and out of the machines. While 'automation' is now common and often repeatedly used in our every day vocabulary, however, it denotes many different things to different people. In one sense automation implies, replacing human operatives and artisans with automatic machines, in another it implies continuous processing or online production, again it implies rather elaborate controls and inter-connections between individual operations, some times computer directed, often incorporated with feedback devices and closed loop control circuits, and yet in another sense, it implies on operation that is simply more mechanical than its predecessor.

Audience of the Book :
This book Useful for Machanical Engineering Students.
Table of Content:

1. Idstory Of Automation In Production Systems

16A. Tools And Tooling For Nc, Cnc Machines

16B. Economics Of Nc, Cnc Manufacturing

18. Robot And Its Applications In Automation

25. Factory Of The Future