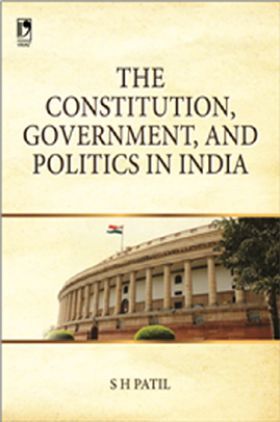 The Constitutions, Government And Politics In India

The Constitutions, Government And Politics In India by S. H. Patil
Book Summary:

The Constitution, Government and Politics in India covers the evolution of the Constitution of India, government and politics from Independence to the present day. It describes the new political forces, such as movements for the extension and expansion of reservation for the weaker sections; politics of awakened linguistic and religious minorities; emergence of elite women in politics; rise of regionalism, communalism and secularism; increasing role of mass media in the political process; changing foreign policy of India; the roles of lokayuktas and the lok pal; widening role of the Election Commission; judicial activism; expanding meanings of the fundamental rights and human rights, and so on.

Audience of the Book :
This book Useful For Political Science.
Sailent Feature:

1. Comprehensive text on the Constitution of India, with a holistic approach

2. Covers the evolution of the Indian constitution, government and politics from Independence to the present day

3. An appendix at the end of every chapter providing the latest information

4. Useful for the students and teachers of political science and law, and candidates appearing for the competitive examinations conducted by the Union Public Service Commission and the state public service commissions