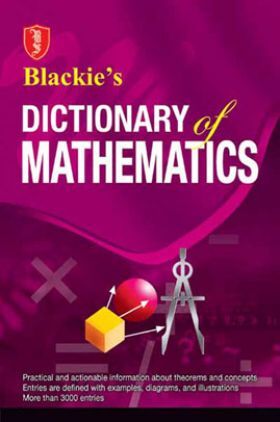 ( 51 customers rating )
1386 Views
This product is currently not available.

Mathematics is the abstract science of number, quantity, and space. Mathematics is the body of knowledge centered on such concepts as quantity, structure, space, and change, and also the academic discipline that studies them. Other practitioners of mathematics maintain that mathematics is the science of pattern, and that mathematicians seek out patterns whether found in numbers, space, science, computers, imaginary abstractions, or elsewhere. Mathematicians explore such concepts, aiming to formulate new conjectures and establish their truth by rigorous deduction from appropriately chosen axioms and definitions.

Mathematics can be compared to a pyramid. On the top of the pyramid are applications of mathematics to health, weather, movies and mobile phones. However the top of this pyramid would not be so high if its base were not so wide. Only by extending the width of the base can we eventually build the top higher. This special feature of mathematics derives from its internal structure. A good modern application of mathematics can typically draw from differential equations, numerical analysis and linear algebra. These may very well draw from graph theory, group theory and complex analysis. These in turn rest on the firm basis of number theory, topology and geometry. Going deeper and deeper into the roots of the mathematics, one ends up with such cornerstones of logic as model theory and set theory.