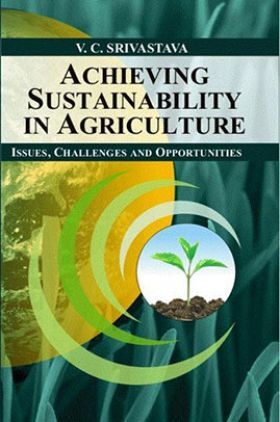 Global population was only one billion in 1800 AD, doubled by 1930 and reached three billion mark by 1960. However, it took only 39 years to double itself again by 1999, when it reached to six billion mark. It is estimated that by 2100 it will again double itself to twelve billion mark. Most of the future increase in population will be in developing countries of Asia, Africa and Latin America, where more and more area under agricultural production systems have been developed at the cost of natural eco-systems, which gradually deplete the soils of organic matter, nutrients and water, making them unsuitable in the long-run leading to the question on their sustainability. Sustainability is generally seen as human oriented, long-term and involving interaction with natural systems. A sustainable agricultural production system must, therefore, produce economically the needed food, fibre, feed and fuel without depleting the natural resources and without deterrent to environment. It must discourage regional imbalance and encourage gender equality.