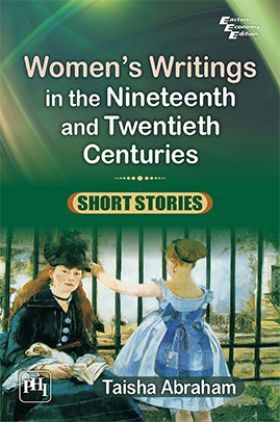 Women's Writings In The Nineteenth And Twentieth Centuries

Intended as a text for undergraduate students of English for their course on Womens Writings in the Nineteenth and Twentieth centuries, this compact and well-organized book provides both the history of the development of the short story in America and Britain and a comprehensive introduction to the modes on critical practices based on feminist thinking. It takes into account the strategies used by women writers, and discusses the politics of reception and production keeping especially the gender issue in mind.

The text is divided into three partsPart I: Introductioncontaining two chapters that deal with the development of the American short story and the resurgence of radical feminism in America. These provide the historical and the feminist frame within which the short stories by the Anglo American Womens Writers should be read. Part II gives four short stories: Kate ChopinThe Story of An Hour; Charlotte Perkins GilmanThe Yellow Wallpaper; Willa CatherComing, Aphrodite!; and Katherine MansfieldBliss. Each short story is preceded by a critical introduction, detailed references for further reading, and a biographical time line. Part III comprises three critical essays which provide sharp insights into the period in which the four women writers were writing.

This book will be treasured not only by students but also by those who wish to study critically the feminist writings of the period. In addition, it will enrich readers understanding of American and British literary history and culture.

•  The critical introduction to each short story traces the development of the form from its origins, both historically and in terms of female literary contributions to its development.
• The chapter on Radical Feminism is mapped in the context of social, political and cultural development.
• The book provides historical, literary and biographical contexts of the writers and their short stories.

1 The Development of the American Short Story

2 The Resurgence of Radical Feminism in America

8 Women Readers and Reading in Victorian Britain and America