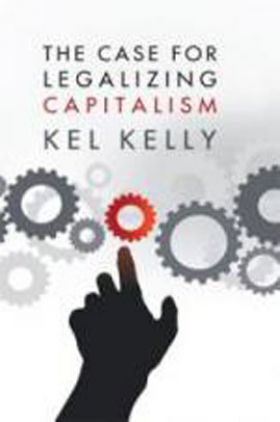 The Case For Legalizing Capitalism eBook

What's the "American system" of economics? Most people would say it is capitalism, which thereby deserves all fault when anything goes wrong. Well, Kel Kelly responds to this myth in this fast-paced and darn-near comprehensive treatment of the truth about the free market and intervention.

His thesis is that the problem isn't capitalism; it is that capitalism in the sense of a free market is not even legal in the United States. Sure, we have private property and some measure of commercial freedom, and enterprise thrives wherever it is permitted. But it is also strangled, hobbled, injured, and suffocated in nearly every aspect of American economic life.

He considers every important topic: banking, education, taxation, labor, environment, trade, war and peace, safety, medicine, drugs, and far more. He presents the reader with a basic explanation of how capitalism is supposed to work and how society functions when commerce is free. He then turns to all the areas of life that are distorted and destroyed by the great "helping hand" of government.

Kel Kelly had several ambitions in writing this book. He wanted a final and decisive answer to the constant attacks on economic freedom that have emerged since the housing bust. As in the 1930s, the enemies of capitalism are having a field-day with - but with bad analytics, bad economics, and a dreadful prescription that only makes matters worse. Also, Kel wanted to bring the energy, rigor, enlightenment, and fun of the website of the Mises Institute to the printed page.

In both respects, he has succeeded many times over. It is a book that every freedom lover can rally around and give to the deeply confused. And it is true that this book is very powerful: it can convince those who are looking for answers in the ever-lasting recession.