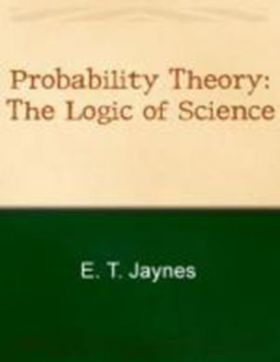 E. T. Jaynes died April 30, 1998. Before his death he asked me to nish and publish his book on probability theory. I struggled with this for some time, because there is no doubt in my mind that Jaynes wanted this book nished. Unfortunately, most of the later Chapters, Jaynes' intended volume 2 on applications, were either missing or incomplete and some of the early also Chapters had missing pieces. I could have written these latter Chapters and lled the missing pieces, but if I did so, the work would no longer belong to Jaynes; rather, it would be a Jaynes-Bretthorst hybrid with no way to tell which material came from which author. In the end, I decided that the missing Chapters would have to stay missing|the work would remain Jaynes.