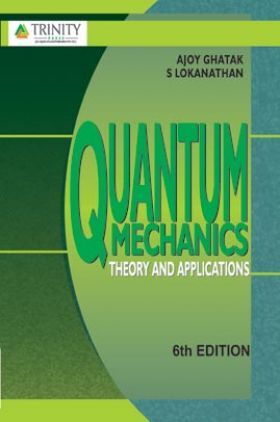 Quantum mechanics has long been recognized as an essential ingredient in the training of a student in Physics, Chemistry and Electrical Engineering. No matter which specialization the student chooses in his later career, it is necessary for him to develop not merely an understanding of the basic principles of quantum mechanics but an ability to apply these principles in his field.

Textbooks on quantum mechanics addressed to students at under-graduate and post-graduate levels generally have few solved problems; moreover, the problems suggested are largely of an academic nature with a greater emphasis on theory than on applications. This book makes an attempt to present the basic concepts in quantum mechanics with emphasis on applications in other areas like nuclear physics, astrophysics, solid state physics, quantum optics, etc. Each chapter is followed by a number of problems. The solutions to most of these problems have been given at the end of the chapter. This will enable the student to refer to the solutions when necessary and at the same time provide him an opportunity, if he so wishes, to solve some or all of these problems by himself before consulting the solutions. The emphasis has not been on rigour but on making results plausible and helping the students to become familiar with methods for solving problems. The book has evolved from lectures given by the authors (to students of physics and engineering) at IIT Delhi and at University of Rajasthan, Jaipur. During the past 8 years, one of the authors (AG) has been giving (every year) course of lectures on Quantum Mechanics to research scholars at IUAC (Inter University Accelerator Center) in New Delhi. Some of the analysis given here have emerged from these lectures.

Audience of the Book :
This book Useful for Physics Students.
Table of Content:

3. Particles and waves and the uncertainty principle

9. Angular Momentum I - the spherical harmonics

14. Experiments with spin half particles

16. The double-well potential and the Kronig-Penney model

22. The helium atom and the exclusion principle

26. The semi-classical theory of radiation and the Einstein coefficients

27. The quantum theory of radiation and its interaction with matter