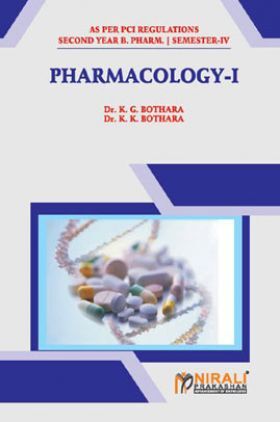 Paul Ehrlich's concept that protozoal diseases could be cured by the administration of synthetic chemicals which selectively react with the target tissue of the protozoa rather than that of the host and Domagk's later expansion of this view to the treatment of bacterial diseases with the introduction of prontosil were the prominent landmarks in the birth of modern chemotherapy. The accuracy and the depth of clinical applications of these chemotherapeutic agents were further sharpened due to new inventions in the molecular biology which are increasingly involved to explain the mechanisms of action of many new chemotherapeutic agents. These broad area of pharmacology presented together with necessary data on the chemistry, absorption, excretion, tolerance and toxicity of the drugs are expected to provide a proper understanding of both, the value and limitations of the drug therapy.

Audience of the Book :
This book Useful for B. Pharma student.
Table of Contents: