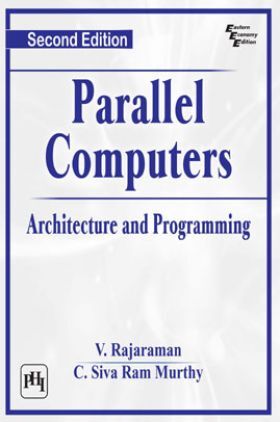 Today all computers, from tablet/desktop computers to super computers, work in parallel. A basic knowledge of the architecture of parallel computers and how to program them, is thus, essential for students of computer science and IT professionals.

In its second edition, the book retains the lucidity of the first edition and has added new material to reflect the advances in parallel computers. It is designed as text for the final year undergraduate students of computer science and engineering and information technology. It describes the principles of designing parallel computers and how to program them. This second edition, while retaining the general structure of the earlier book, has added two new chapters, ‘Core Level Parallel Processing’ and ‘Grid and Cloud Computing’ based on the emergence of parallel computers on a single silicon chip popularly known as multicore processors and the rapid developments in Cloud Computing. All chapters have been revised and some chapters are re-written to reflect the emergence of multicore processors and the use of MapReduce in processing vast amounts of data.

Audience of the Book :
This book Useful for MCA, BCA, Computer Science Student.
Table of Contents: