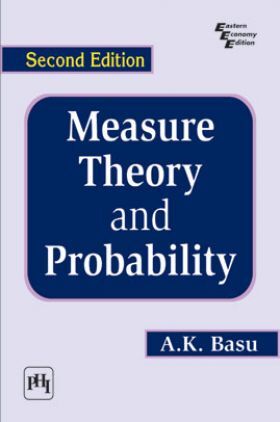 Audience of the Book :
This book Useful for postgraduate & engineering students.
Key Features:

2. Exercises are given at the end of each chapter, with solutions provided separately.

3. A section is devoted to large sample theory of statistics, and another to large deviation theory (in the Appendix).

• Preface to the First Edition

6. Types of Convergence and Limit Theorems

Appendix I Measure on Infinite Product Space and Kolmogorov’s Consistency