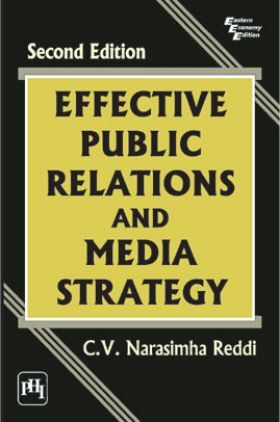 The book, now in its second edition, aims at equipping the reader with the necessary tools for building a career in public relations and also assisting him or her in becoming an effective Public Relations Manager. The book strives to cater to the different areas of public relations, such as public relations in banks, tourism, NGOs, public transport, municipal government, media, and global public relations.

In this text, Professor Narasimha Reddi compresses within the covers of a single volume his many decades of teaching and professional experience. He gives a masterly exposition of the theory and best practices of the profession.

Divided into six parts, the second edition focuses on the application of Internet and social media in the practice of Public Relations. It contains seven new chapters and six new case histories, which are in tune with changing needs, as well as a chapter projecting Mahatma Gandhi as the world’s greatest Public Relations communicator.

The book is primarily intended as a text for students of Public Relations, Journalism, Mass Communication, and Advertising. In addition, it should be of great benefit to the teaching community and public relations practitioners.

Audience of the Book :
This book Useful for Management, Mass Communication students.
Table of Contents:

1. What is Public Relations?

17. Public Relations and the Media.