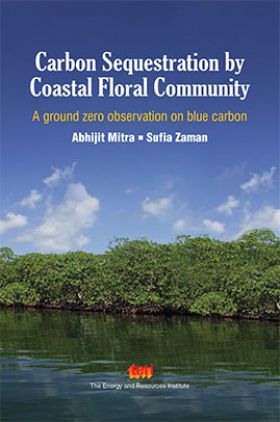 As nature-based approaches for the mitigation of climate change are increasingly seen as part of the solution, blue carbon has recently been receiving greater international attention. This has stimulated renewed interest in better management, conservation and restoration of coastal ecosystems including mangrove forests, seagrass meadows, tidal salt marshes, and seaweed beds for the purpose of climate change mitigation. However, a number of gaps still exist in our scientific knowledge on coastal biodiversity, which are critical to developing blue carbon projects for the international carbon market. Carbon Sequestration by Coastal Floral Community focuses on some of these important issues. Apart from standardizing ecological approach in estimating blue carbon in various vegetation compartments, this book also presents a few important case studies, which serve as the basics of hands-on-scientific training in estimating the magnitude of stored carbon in mangroves, salt marsh, seagrass, seaweeds and phytoplankton. The influence of salinity, nutrients and several relevant hydrological parameters on the rate of blue carbon sequestration has also been critically analysed.