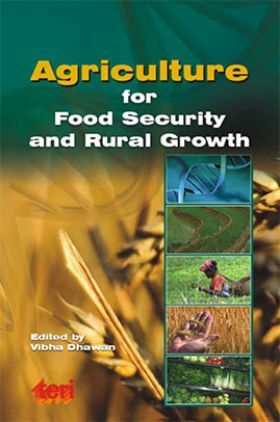 TERI organized an international conference on Agriculture for Food, Nutritional Security, and Rural Growth during 25?27 May 2006, in the fond memory of Prof. B P Pal on his Birth Centenary. India has made remarkable strides in agriculture, largely through the foresight, initiatives, and dedication of a very small number of outstanding leaders including Prof. B P Pal. Prof. Pal, the first Indian to become the Director of the Indian Agricultural Research Institute in 1950 and subsequently the first Director General of the Indian Council of Agricultural Research, was a titan in the field who conceptualized the strategy for the Green Revolution and launched it with outstanding success. During the conference, a wide range of subjects including lessons learnt from the Green Revolution, emerging issues in public?private partnership, current status of GM crops globally and their regulations, issues related to intellectual property, biopharming and possibility of producing biofuels, and biosecurity were also debated on. This book is a compilation of topics discussed during the conference. It will be useful to researchers, scientists, policy-makers, regulators, seed companies, and the farming community.