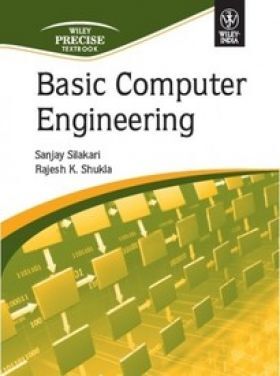 20128 Views
This product is currently not available.

Basic Computer Engineering By Sanjay Silakari book helps in familiarizing students with the basic organization of the computer, and then moving on to study of the operating systems such as Windows, DOS and UNIX; database management systems; data structures; algorithms and C++, without entering into the specifics of programming languages and complex technologies. It provides an insight into the basics of computers as delineated by the syllabi of RGPV and various reputed Indian universities. This book is suitable for self-study because of clear explanation of the topics, uniformity in presentation, illustration of concepts through numerous examples; and chapters are laced with various screenshots to give an idea as to how the screen would look like while performing that particular step.