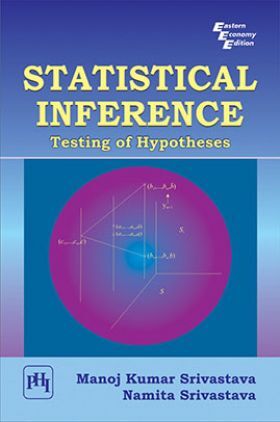 Intended as a textbook for a core paper on Statistical Inference: Testing of Hypotheses at the undergraduate level, and one semester course at the masters level, it emphasizes on J. Neyman and Egon Pearsons mathematical foundations of hypothesis testing, which is one of the finest methodologies of reaching conclusions on population parameter.

Following Wald and Fergusons approach, the book presents Neyman-Pearson theory under broader premises of decision theory resulting into simplification and generalization of results. On account of smooth mathematical development of this theory, the book outlines the main result on Lebesgue theory in abstract spaces prior to rigorous theoretical developments on most powerful (MP), uniformly most powerful (UMP) and UMP unbiased tests for different types of testing problems. Likelihood ratio tests their large sample properties to variety of testing situations and connection between confidence estimation and testing of hypothesis have been discussed in separate chapters.

The book illustrates simplification of testing problems and reduction in dimensionality of class of tests resulting into existence of an optimal test through the principle of sufficiency and invariance. It concludes with rigorous theoretical developments on non-parametric tests including their optimality, asymptotic relative efficiency, consistency, and asymptotic null distribution.

Provides clarifications for a number of steps in the proofs of related theory stated therein.

A separate chapter on an advanced topic -similar and similar tests with Neyman structure for multi-parameter testing.

The book also serves as a ready reference for the researchers in the areas of agricultural statistics, biostatistics and econometrics.

"Hi, I am Palava Ray i am a student.I have done MCA and I am a good lover of ebooks in Kopykitab.com. I have bought 87 books and many packages. The books are very comprehensive and very thorough description of the content. So I recommend other people to buy ebooks from Kopykitab.com.Thank you."

"Hello, I am Sagar. I purchased one textbook, engineering mathematic -3 in the Kopykitab website. That textbook author is Dr. Pandurangappa.C that's why I purchased it from Kopykitab. Because the top of engineering mathematic textbook is not available outside. That's why I searched the textbook in online mode over Kopykitab website & its available in a soft copy and I made the payment and got the textbook. I have already experienced the soft copy in online mode via kopykitab platform. And it is also a good source of two types of textbook available in this website. My experience is very good."