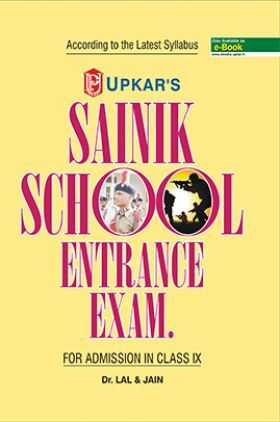 The present book for admissions to Sainik Schools has been divided into three sections –Mathematical Aptitude, Science, Social Science and English, each divided into number of chapters according to the syllabus of Sainik Schools’ Entrance Examination. Each section contains ample number of solved problems which have been designed according to the questions asked in the previous years’ Sainik Schools’ Entrance Examination. Each question has been solved in detail for comprehensive understanding of the concepts on which the questions are based. The Language Ability section deals with the basics of English language and comprehension in the form of exercises. Practice exercises have been given at the end of each chapter for chapterwise revision of the concepts. Hints and solutions to the practice exercises have also been given at the end of the practice exercises. Also last eight years’ Solved Papers of Class VI Sainik School Entrance Examination have been provided in the book to help students get an insight into the latest examination pattern and the types of questions asked therein.