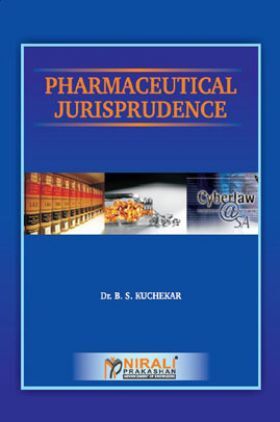 This book was written as per the syllabus of the subject, Pharmaceutical Jurisprudence of Second Year Diploma in Pharmacy, (Education Regulation, 1981).

The book of earlier editions were extensively used by the students and teachers in most Pharmacy Colleges in India. Suggestions from the readers were received and incorporated in the revised edition. Corrections have been made wherever necessary.

This book in its present form is expected to adequately meet the basic objective of providing a clear and concise account of the different aspects of the Acts prescribed in the syllabus.

Audience of the Book :
This book Useful for diploma in pharmacy students.
Table of Contents: