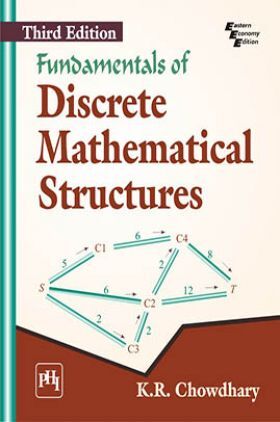 About The Book Fundamentals Of Discrete Mathematical Structures
Book Summary:

This updated text, now in its Third Edition, continues to provide the basic concepts of discrete mathematics and its applications at an appropriate level of rigour.
The text teaches mathematical logic, discusses how to work with discrete structures, analyzes combinatorial approach to problem-solving and develops an ability to create and understand mathematical models and algorithms essentials for writing computer programs. Every concept introduced in the text is first explained from the point of view of mathematics, followed by its relation to Computer Science. In addition, it offers excellent coverage of graph theory, mathematical reasoning, foundational material on set theory, relations and their computer representation, supported by a number of worked-out examples and exercises to reinforce the students skill.

New to this Edition

Preface to the First Edition