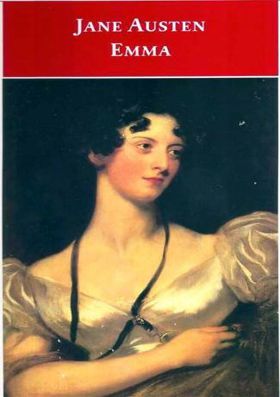 Emma was Austen's fourth published novel, and the last to appear before her death. Both Persuasion and Northanger Abbey would be published posthumously. Though she published anonymously, her previous works were noticed by critics and literature lovers. One of her admirers was H.R.H. The Prince Regent. Through the prince's librarian, Austen was invited to dedicate one of her works to the prince, she complied to the royal command in the dedication of Emma—though her reluctance to do so is apparent in the wording of the dedication.

Jane Austen began to write Emma in January of 1814 and finished it a little over a year later, in March of 1815. At the time of completion, Austen was thirty-nine years old. Emma was published at the end of 1815, with 2,000 copies being printed—563, more than a quarter, were still unsold after four years. She earned less than forty pounds from the book during her lifetime, though it earned more after her death. Austen died a year and a half after publication.