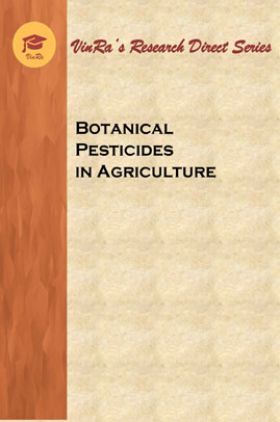 Book Summary:
This content has been divided into seven chapters. The first chapter describes plant-based pesticides. The traditional applications of native plants as pesticide agents are introduced in the second chapter. The biotechnological approaches for the control of insect pests in crop plants have been described in the third chapter. Chapter fourth is devoted to the significance and importance of endocrine disrupters' investigation. The fifth chapter presents the evaluation of earthworms on natural and agricultural-livestock soils of the center of northern Litoral Santafesino, República Argentina. Sixth chapter reviews on potential biopesticide for controlling golden apple snail, pomace. The last chapter describes the advanced techniques for detecting pesticides. The successful use of pesticides around the world has been due to their excellent control of pets or nematodes in agriculture, medicine, household, and industry.

This book is Useful for Botany Students.
Table of Content:

Chapter 2 Plants as Potential Sources of Pesticidal Agents: A Review

Chapter 7 Evolution and Expectations of Enzymatic Biosensors for Pesticides.