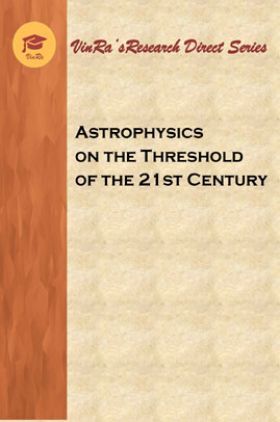 Astrophysics on the Threshold of the 21st Century

Astrophysics on the Threshold of the 21st Century by Vinra Publication

Book Summary:
Encyclopedia of Physics of the Solar Corona An Introduction covers the physics of the solar corona. Astrophysics is the branch of astronomy that deals with the physics of the universe, especially with “the nature of the heavenly bodies, rather than their positions or motions in space”. Among the objects studied are the Sun, other stars, galaxies, extrasolar planets, the interstellar medium, and the cosmic microwave background. Their emissions are examined across all parts of the electromagnetic spectrum, and the properties examined include luminosity, density, temperature, and chemical composition. The volume “Astrophysics on the Threshold of the 21st Century” is divided into ten chapters.

This book is Useful for Physics Students.
Table of Content:

Chapter 10 On the Metric of Space-Time