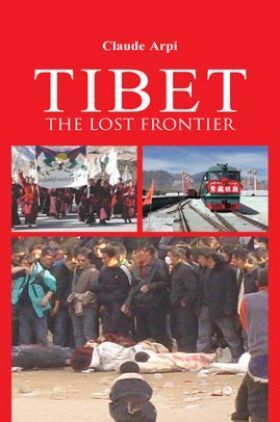 Delving deep into the history of the Roof of the World, this book introduces us to one of the greatest tragedies of modern times, its principal characters as well as the forces impelling them, consciously or unconsciously.

The main ‘knot’ of our ‘drama’ was staged in 1950. During this ‘fateful’ year the dice of fate was thrown. There are turning points in history when it is possible for events to go one way or the other — when the tides of time seem poised between the flood and the ebb, when fate awaits our choice to strike its glorious or sombre note, and the destiny of an entire nation hangs in balance. The year 1950 was certainly one such crucial year in the destinies of India, Tibet and China. The three nations had the choice of moving towards peace and collaboration, or tension and confrontation.

Decisions can be made with all good intentions — as in the case of Nehru who believed in an ‘eternal friendship’ with China, or with uncharitable motives of Mao. Decisions can be made out of weakness, greed, pragmatism, ignorance or fear; but once an option is excercised, consequences unfold for years and decades to follow.

Audience of the Book :
This book Useful for Defence Leisure Read.
Table of Contents:

1. Tibet: A Child of Indian Civilization

3. The Troubled Eighteenth and Nineteenth Centuries

5. From Younghusband Expedition to Simla

6. The Happy Years of Independence

10. The Negotiations That Never Were

16. The Beginning of the End

19. The Years of Hindi-Chini Bhai-Bhai

Appendix: Time to wake up to Chinese incursions