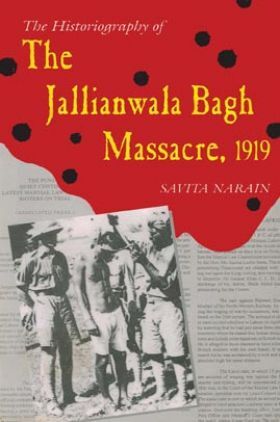 The Historiography Of The Jallianwala Bagh Massacre, 1919

The Historiography Of The Jallianwala Bagh Massacre, 1919 by Savita Narain
Book Summary:

Nearly eighty years on and fifty years after India became independent, the Jallianwalal Bagh massacre is still surrounded by controversy. It is an even which many claim as a major turning point in the history of British rule of India. The massacre was a horrific illustration of the Raj at its worst, leading many Indian politicians to the conclusion that independence was the only way forward. The Jallianwala Bagh Massacre, 1919 is an objective study of the events surrounding the massacre and its aftermath. It looks at how the massacre has been depicted by both Indian and British historian, and by writers of other nationalities. It reveal how the event has been used in arguments for and against the British colonisation of India, and colonialism in general.

This study provides a unique objective insight into the massacre and the way it has been portrayed in history. The objective approach shown by the writer may be a reflection of her British Asian background. Savita Narain has lived in Britain all her life, but her family in India had a strong involvement with the independence movement. Her great-uncle, Sir Shiv Prasad, was made President of Ballia region, Uttar Pradesh, when it declared swaraj sarkar (people’s government) from the British on 20 August when the British regained control.

3. Reactions To The Massacre